NYS storekeeper questioned about the source of  Ksh200M fortune 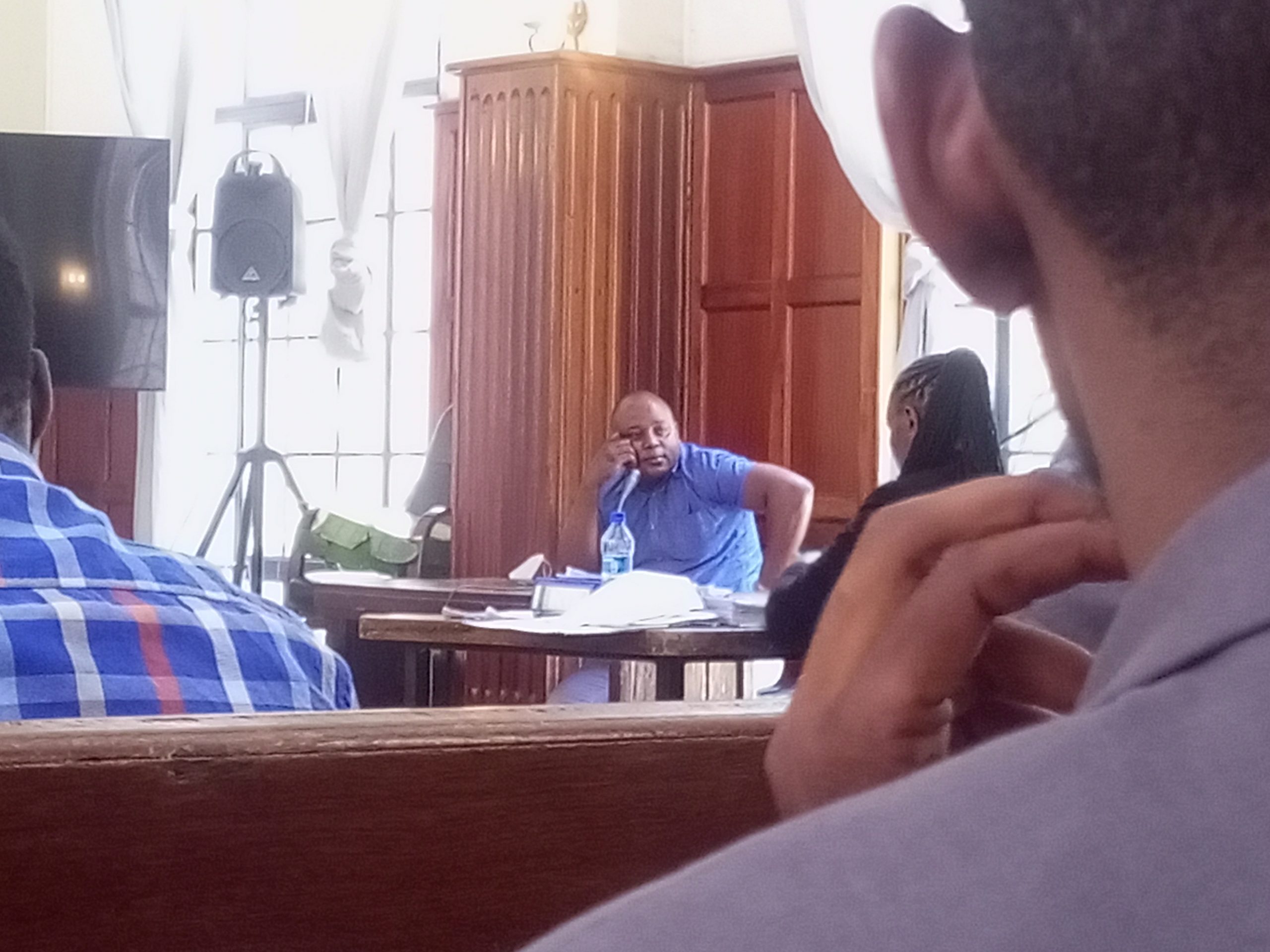 On Friday, a storekeeper at the National Youth Service (NYS) Gilgil branch was questioned about how he came to own three high-end cars and a home in Ruiru, all for Ksh200 million.

Mbogo informed the trial magistrate Eunice Kagure Nyutu that he accumulated his riches through legitimate companies when appearing before the Milimani Law Courts.

Former NYS Principal Secretary (PS) Lilian Omollo and 30 others have rejected corruption allegations linked to the Ksh226.9 million NYS scandal, and Mbogo was testifying in the case.

During a contentious cross-examination by the accused’s defense attorney, Mbogo said in court that as the storekeeper at the NYS, he had never been into contact with LPOs or account paperwork.

He informed the anti-corruption court that on May 23, 2018, he received a call from DCI headquarters’ Mula, asking him to record a statement in connection with LPO book series 2581851 to 2581900.

Mbogo informed the court that on April 5, 2016, OC MTB NYS one Evans Kundu summoned him to the accountant’s office at the NYS institution in Gilgil, where one Kagiri worked, to pick up a paper for him.

“On April 6, 2016, I passed by Kagiri’s office who confirmed to me that he had been requested by Kundu for an LPO and that the commandant had authorised for the issuance of the same,” Mbogo said.

Kagiri documented the issuance of the stated LPO in the counterfoil receipt book register (CRB) and specified who to be issued, according to Mbogo, who signed on Kundu’s behalf and traveled to Nairobi.

“Upon arrival at the NYS headquarters, I met Kundu in his office where I gave him the book which was sealed by Kagiri and proceeded to see my family,” Mbogo said.