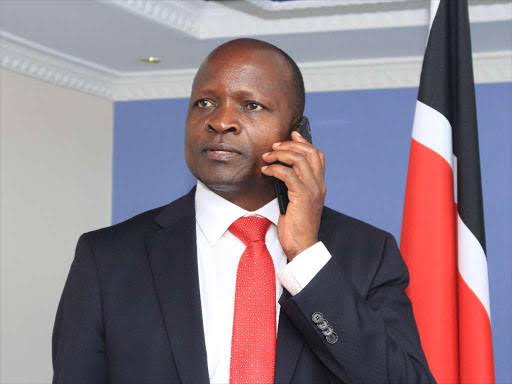 After a year-long hiatus occasioned by the Covid-19 pandemic, Migori Governor Okoth Obado’s murder trial will resume in July.

The prosecution accuses them of killing former Rongo University student Sharon Otieno. Thirty-seven witnesses will testify against the accused when the trial resumes.

Court had scheduled the hearing for 16th March 2020, unfortunately, all courts had to scale down activities to curb the spread of Covid-19.

Sharon Otieno, the victim, was brutally murdered in September 2018.

The perpetrators dumped her body in a thicket in Oyugis, Homa Bay County.

Autopsy results showed that they had stabbed her eight times, at the time, Sharon was eight months pregnant.

Sharon’s parents, Melida Auma and Douglas Otieno, said that they were still hopeful justice would prevail.

“Let us wait and see. We are approaching the third year since our daughter and her unborn child were murdered. We are hoping she will get justice,” Otieno said.

At the time of her murder, Sharon was a second-year student pursuing a degree in medical records and information.

Her family urged the prosecution to fast-track the hearing so that they could put the matter to rest once and for all.