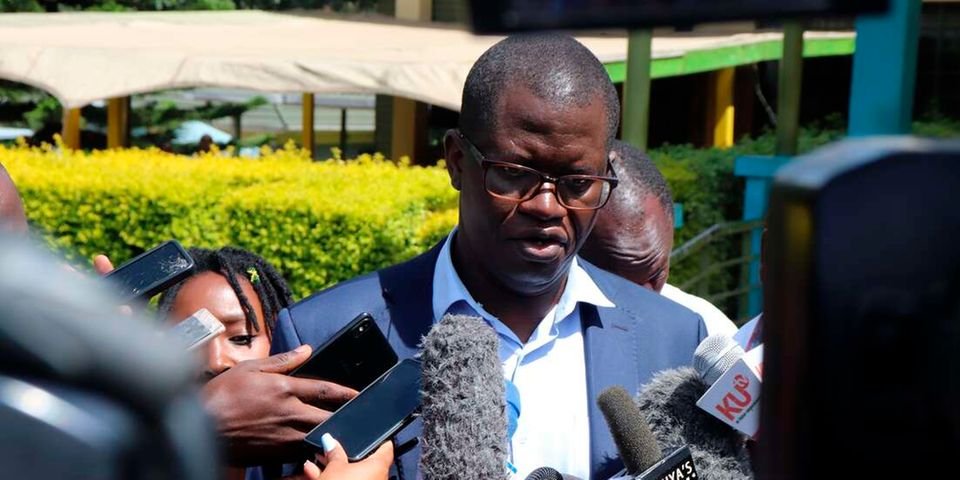 The start of the murder trial against Migori Governor Okoth Obado, his personal assistant Michael Oyamo and Casper Obiero, a clerk, yesterday brought with it the pain of September 5, 2018, when the body of Sharon Otieno was discovered in Kodera forest in Homa Bay county.

Her portrait in court and the morning chill, reminiscent of the day the body was discovered, brought a De Javu feeling as Government Pathologist Johansen Oduor

took to the stand as the first witness.

Pain was written on the faces of Sharon’s loved ones as old wounds that are yet to heal were opened in the most graphic manner.

Governor Obado sat in court, pensively, almost indifferent, as he worked on his phone as the prosecution laid out its case against the accused.

“We will demonstrate to you, my Lady, beyond reasonable doubt that an offence of murder was committed and two innocent lives were cut short. Sharon is not just a victim adding to some statistics. I have come to know her as a mother, daughter, big sister, friend, wife, feeder of the family and an ambitious university student, who wanted good for herself and children,” Catherine Mwaniki, who is prosecuting the case, made her opening remarks.

Mwaniki told Justice Cecilia Githua she intends to prove that indeed the governor, alongside the co-accused, conspired and murdered the Rongo University student and her unborn baby. Sharon’s father, Douglas Otieno, listened attentively as the pathologist took the court through a post-mortem report.

“We will further prove the deadly role played by the second and third accused persons being PA to Governor Obado in ensuring that Sharon and baby were brutally killed,” she said.

Mwaniki said they will also show and demonstrate the meeting prior to the murder, during the fatal day and a day after the killing and the conspiracy that led to the material day, showing how Sharon was lured by persons purporting to call her for a meeting pretending to solve her financial problems.

It was a tear-jerking moment when Oduor, who performed the post-mortem, revealed details about Sharon’s body in court, complete with graphics and photographs, with her portrait hanging in court, as he made the presentation.

The court heard that Sharon died due to severe bleeding ocassioned by penetrating force trauma. “The body was unclothed, but there were some clothes provided separately; a white jumper suit with Adidas label, white bra, white under wear and blue sleepons. The clothes were all blood stained,” he told the court.

Her body was flaccid and there was skin slipping off at the back of her arms and the legs, the pathologist went on.

“There was also discolouration. She was markedly pale, which indicates there was significant loss of blood,” said Oduor.

The court heard that Sharon had seven stab wounds and two slash wounds.

He added: “There was another stab wound in the lower left abdomen, 30 millimeters long… It was located from the midline of the body and it was 30 millimeters above the pelvic bone… Its orientation was leek and there were fat tissues leaking or hanging out of the wound.”

The court heard that there were multiple abrasions, which were at the back, on the neck, on the upper chest, on the shoulder, on the flank on the upper and lower limbs.

“They were in groups; it was difficult to measure each. The small groups covered an area of 30 by 40 millimeters and the large ones about 300 millimeters,” Oduor further revealed that Sharon had a bruise on the right side of the neck and internally there was bleeding on the muscle on the left side of the neck, which had been detached from its muscle.

“The muscle is usually attached from the bone, it was detached. There was bleeding on the upper right part and bleeding at the root of the tongue and the right lung had collapsed,” he told the court.

“There was about 800 milliliters of blood in the right chest cavity. The left jugular vein had been severed in the abdomen, the liver looked fatty, and the stomach contained scanty brownish fluid that was about 100 milliliters.”

The pathologist said the 28-week-old unborn baby boy also had a stab wound on the abdomen from the right arm to the area above the umbilical cord.

“The stab wound that Sharon suffered had passed through the foetus. It went through one side and out on the side… point of entry was 30 by 5 millimeters on the flank and the injury above the umbilical was 30 by 20 millimeters.

“There were internal injuries to the loop of the intestines but other organs were normal. The late baby Sharon died because of sharp abdominal trauma,” the court heard.

During cross evidence, the court heard that Sharon and her killers may have had a sexual encounter, which would explain why the doctor obtained a vaginal sample and DNA from the body.