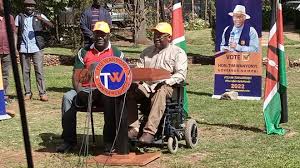 ODM Party members have decried short-changing by Azimio la Umoja partners through the new dictatorship form sugar-coated by the name of direct and indirect nomination.

This follows the emergence of Polycarp Igathe who is a Kenyan businessman, politician, and corporate executive into the City politics to contest for Nairobi’s top seat.

According to Philosopher Makaduol Swa who is contesting for the Kabondo West Ward rep position, Kenya’s President Uhuru Kenyatta is supporting the former Prime Minister Raila Odinga for personal interests.

Mulembe Nation on Wednesday gave Mr. Odinga up to Friday to issue Tim Wanyonyi with the certificate to vie for Nairobi Governor’s seat through ODM Party. 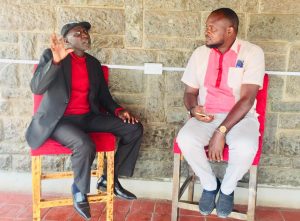 Dr. Makaduol Odhiambo having a conversation with a friend at his home in Homabay

“Selling Igathe to Nairobians is like giving the Kenya Kwanza candidate Johnson Sakaja free entry to City hall, Igathe cannot get even one hundred votes. He is not the choice of Kenyans,” they said.

They asked what would be their portion in the next government if denied this position as a community.

READ ALSO  Kambua: Losing my second baby hurt more than the death of my parent
Related Topics:Kenya News. News
Up Next