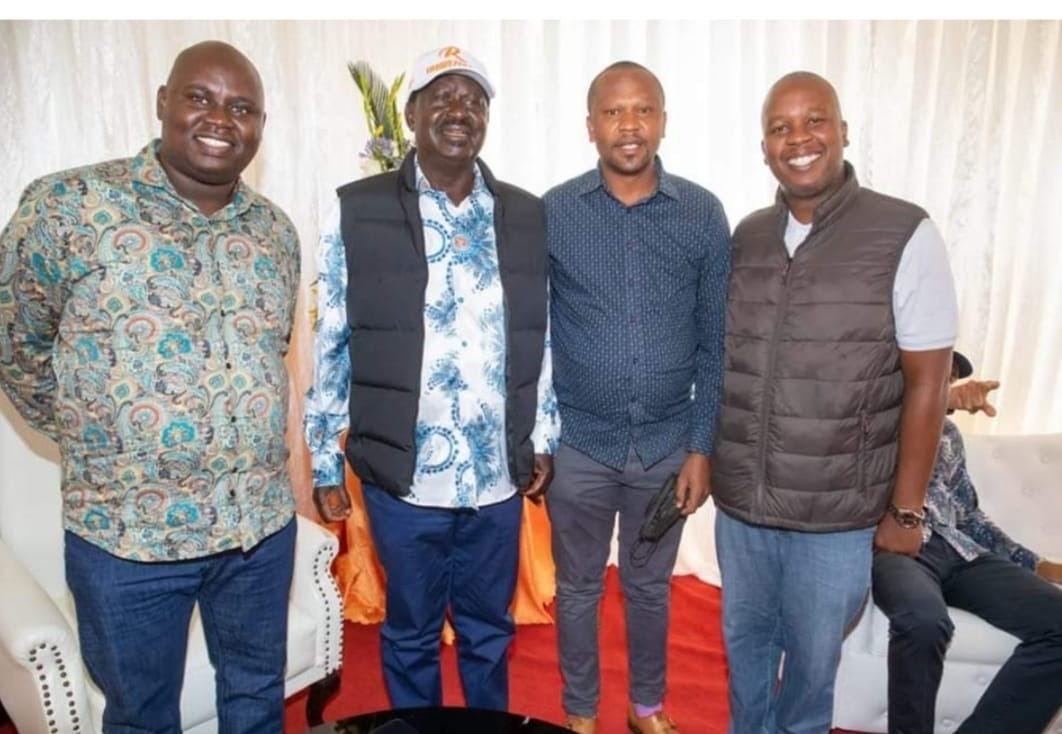 There was a political drama on Sunday at Gracious Garden, Denis Pritt where President Uhuru Kenyatta and Raila Odinga were the chief guests.

According to the invite sent to 17 aspirants under Azimio la Umoja, they were requested to attend without fail to plan for the unveiling of Raila Odinga’s running mate.

According to a statement seen by the writer , it reads as follows.

The issue started when aspirants started introducing themselves and the constituencies they present and the turn for Embakasi North turned.

Harrison Wangoro Mwangi (Jubilee) was awarded time to introduce his ward representatives and as he was about to wide up a lady identified as Jane Muringi appeared and raised her hand up but she was overpowered to sit down by those present.

After a drama of five minutes, she was awarded chance to introduce herself a move that angered top Jubilee aspirants and top officials.

President Uhuru Kenyatta who was present was allegedly surprised and he reached out to Raila and they could be seen talking.

“There was a drama as Jubilee aspirants in Nairobi accused ODM of hatching a plan to dislodge the Jubilee the seat against Azimio zoning agreement that was signed by Uhuru and Raila Odinga, “source said.

He said that Madam Jane Muringi was initially awarded a ticket earlier before the zoning and ODM was to recall it.

Mr Wangoro further revealed that ODM party leader Raila Odinga has reached to him and urged him to continue with his campaign activities.

“Raila Odinga reached out to me later and requested me not to worry and continue with my campaigns he (Raila) will solve the issue amicably,”Wangoro said.

Mr Wangoro declined to reveal more details about the meeting and stalemate and referred te writer to party officials for a comment.

Political analyst claims that the division between the coalitions might bring tension between Jubilee and ODM zoning agreement and may risk Raila presidency due to voters apathy.

Responding to claims, Jane Muringi said that she was given the certificate by the ODM party.

She said that Azimio coalition will pick the strongest candidate among the two.

“There’s no conflict, the constituencies that have two Azimio candidate will settle for one who will be the strongest, “she said.

During a political rally in Jacaranda, Raila Odinga presented Antony Aluoch as Azimio candidate for Mathare and Wangoro Mwangi for Embakasi North.

According to the zoning, Wiper was only left with Embakasi South out of the 17 constituencies while Jubilee got 8 the same with the ODM party.

The Azimio top leadership said the zoning was a master plan to ensure that they lock Nairobi out of the reach of their Kenya Kwanza rivals.

Kithure Kindiki: I am taking a break from politics from August 10th