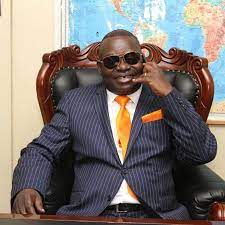 Kobia has warned that the Azimio coalition risks performing poorly in the Lower Eastern region if no senior politician is put on the negotiating table.

He questioned why Nairobi Governor Ann Kananu was left out in the Azimio Line up for Nairobi despite being the incumbent.

“Ann Kananu our girl from Meru was ignored yet they called Igathe, Ngatia, and Tim Wanyonyi,” he said.

Kobia added: “We are there saying that the Azimio president is Raila Odinga and his Deputy is Peter Munya,”

Kobia promised to ensure the lower region votes as a block for Raila Odinga.

He also asked President Uhuru Kenyatta to ensure that Governor Kananu is considered for a senior government position once the Azimio coalition takes over leadership in the August elections.

READ ALSO  HELB grants 100% waiver to all loan defaulters
Related Topics:News
Up Next