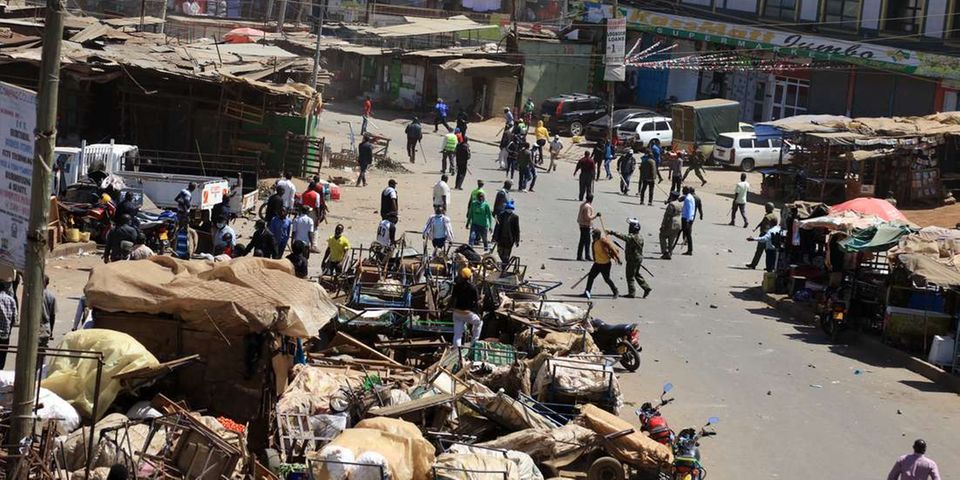 Recommendations by two commissions that investigated the 2007 post-election violence continue to be ignored, with politically instigated chaos and a beleaguered electoral agency serving as warning signs ahead of next year’s elections.
The impunity the Waki commission blamed for the 2007 poll violence, which killed more than 1, 000 people, is rearing its ugly head again, going by recent cases of mayhem in political meetings.
And the recommendation by the Kriegler commission, which investigated the bungled 2007 elections, that a credible electoral commission should be installed at least two years to the polls seems a nuisance to politicians, with shattered confidence in the current polls team a recipe for disaster.
Last October, two people were killed in chaos that rocked Deputy President William Ruto’s visit to Kenol in Murang’a, and despite an order by the police chief to investigate the killings, nobody has been punished.

And the new year has opened with violence being witnessed in rallies addressed by ODM leader Raila Odinga in Githurai and the DP in Burma in Nairobi this week, pointing to rising political intolerance in the lead-up to the expected referendum on constitutional amendments.
The recurring events follow the eerily chilling pattern witnessed in the lead-up to the 2007 polls, which nearly plunged the country into civil war.
It starts with politicians mobilising supporters through hateful campaigns, a partisan state security machinery, police watching as hooligans attack perceived rivals and perpetrators getting away with crime.
After investigating why the government never bothered to arrest and prosecute those alleged to have incited, funded and promoted violence and why authorities instead went after minor actors in the 2007 mayhem, as happened with past tribal clashes, the Waki commission concluded it all amounted to official cover-up.
“Most administrators spoke of fear of the general population and also fear of the political leadership. There is, of course, a symbiotic relationship between the politicians and their supporters, which continues to fuel impunity. Politicians rely on their supporters to enforce immunity while their supporters, who are the hand maidens of the violence, get protection from the political godfathers,” the Waki report stated.
“This symbiotic relationship between the politicians and their supporters creates a real and genuine fear among those who enforce the law,” it added.
DP William Ruto arrives at AIPCA Kenol for a service and a fundraiser on October 4, 2020. There was chaos in the town before the DP’s arrival.
Joseph Kanyi | Nation Media Group
Sponsorship claims

The violence witnessed in Kenol last year and in Nairobi this week has all the hallmarks of either state-sponsored chaos or that bankrolled by politicians secure in the knowledge they would get away with it, perhaps because of the political faction they lean towards.
After the bloody Kenol clashes, the DP’s camp accused the so-called ‘Deep state’ of sponsoring the chaos to stop him from visiting Murang’a. The DP toured the region days after Jubilee Secretary-General Raphael Tuju had announced he would be stripped off his position as Jubilee deputy party leader.
By Nation