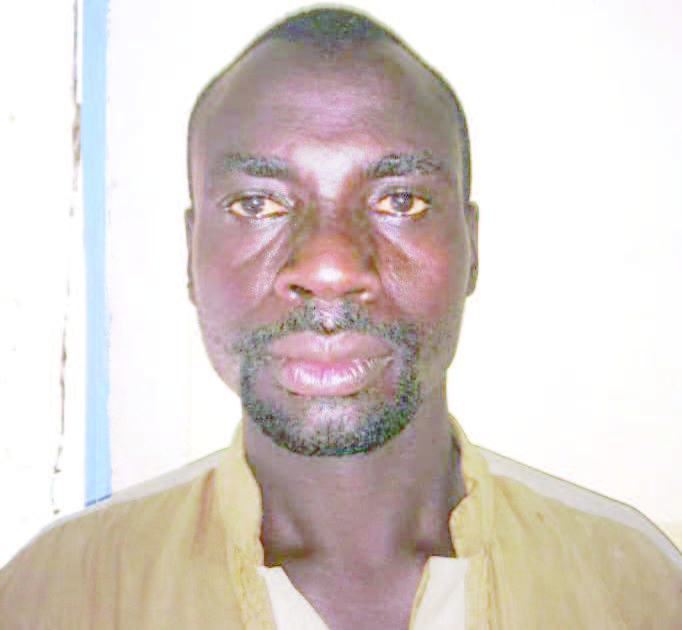 The main suspect in the June 2016 murder of Muthithi OCS, has finally been arrested, five years later.

The suspect, a Police Constable, who has been on the run for over four and a half years was arrested on Saturday by detectives from the Directorate of Criminal Investigations (DCI).

“The suspect then a police driver had on June 26, 2016, walked into the station’s report office, picked a quarrel with his boss and shot him nine times, before disappear ing,” Kinoti said.

After the shooting, detectives embarked on tracking down the suspect and also to recover the firearm.

The Jericho pistol, serial number 40305180, had been rusting away within the compound of Kaharate Police patrol base. It was found when officers attached to the base were cleaning and clearing the compound.

One of the officers found the rusted pistol, with an empty magazine, as he was transferring a pumpkin plant to a more fertile place within the compound.

According to the detectives, during the shooting, Lelei allegedly snatched the pistol from his boss, which he used to shoot. He then escaped with the pistol.

The OCS was rushed to Maragua District hospital for treatment but died while waiting for an ambulance to transfer him to Nairobi for specialised treatment.

The suspect, had allegedly reported on duty while drunk and the OCS had threatened to take disciplinary action against him.

The then Murang’a County Police boss Naomi Ichami said the suspect fled after shooting his boss. Detectives have however not established the clear motive of the 5.30pm shooting incident.

The pistol which was later recovered was handed over to the Kigumo DCI boss who later established that it was the same pistol that had been issued to the slain OCS.

On Saturday, detectives from the Crime Research and Intelligence Bureau, a key unit in facilitating intelligence-led policing strategy, and who have been on his trail, smoked him out of his hideout in Senetoi, Narok South Sub-County.

“Previous attempts to arrest him had proved futile, after he escaped our dragnet for a number of times, prompting detectives to change tact. He is currently being processed to answer to murder,” Kinoti said.

There are many incidents where officers have shot dead their colleagues in unclear circumstances. Early this month, an officer attached to Quick Response Unit, shot dead his colleague before turning the gun on himself at Kamukunji Police Station.