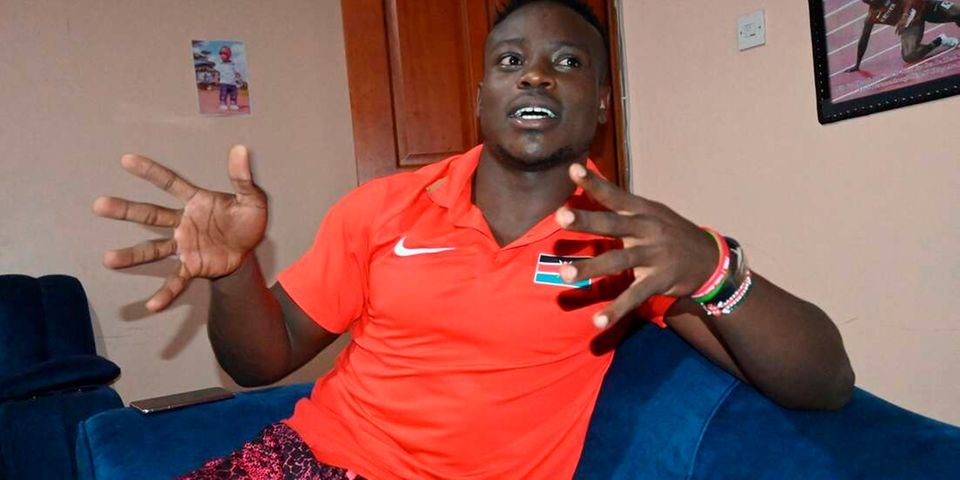 Superlatives have been used to describe Ferdinand Omanyala Omurwa, the 25-year-old Second-Year student at the University of Nairobi, who is arguably the hottest item in the world of athletics at the moment.

Omanyala is also the first Kenyan to reach the semi-finals of 100-metre race at the Olympics.

He is first Kenyan to run the race in less than 10 seconds, the country record holder and the man who broke the national record five times in just four months.

To put things in context, one would have to look at the seven runners ahead of him in the list of all-time fastest athletes; Usain Bolt, Tyson Gay, Yohan Blake, Asafa Powel, Justin Gatlin, Christian Coleman and Trayvon Bromell.

By Omanyala’s admission, many of these athletes are his role models and being a student of the sport, he grew up watching them on TV and YouTube.

“Bolt, Blake and Gatlin are my idols. I grew up watching them compete and it feels good to be mentioned in the same breath as them,” the 25-year-old third born son of Dishon and Adelaide Omurwa said during the interview at his house in Kasarani, Nairobi, on Tuesday.

Omanyala was born in Hamisi, Vihiga county but the family later settled in Tongaren in Bungoma county. The Omurwas have five children, all boys.

To take part in his first race in Mumias in 2015, the Chemistry student was given bus fare by a  classmate.

Omanyala went on a national record-breaking spree between March 30 and August 18, this year.

Once he obliterated Mark Otieno’s national record of 10.14 seconds on March 30 while winning the Making of Champions Grand Prix in Lagos in 10.01 seconds, he took ownership of the race literally breaking the record four more times.

Omanyala lowered the record to 10 seconds when he finished third in the first semi-finals of the men’s 100-metre contest during the 2020 Tokyo Olympic Games, behind world champion Andre de Grasse and American Fred Kerley on August 1.

Come August 14 at Josko Lauf Meeting in Austria, Omanyala would lower his national record twice. He emerged victorious in the first heat by clocking 9.96 seconds to become the first Kenyan to run 100 metres under 10 seconds.

Omanyala then won the final race in 9.86 seconds to further lower his national record.

During the World Athletics Continental Gold Tour’s Kip Keino Classic at Moi International Sports Centre on Saturday, Omanyala again lowered his national record by clocking 9.77 seconds to finish behind American Bromell (9.76), who is the fastest man in the world this season.

In so doing, Omanyala broke the African record of 9.84 seconds, which was being held by Akani Simbine of South Africa. He also became the second fastest man in the world this season.

“I have not come to terms with being the second fastest man in the world. The signs have been there since I came from the Olympics and went to Austria. I have overcome a lot of challenges. Every time I encountered a challenge, I told myself to keep pushing,” Omanyala said, referring to a 14-month ban the Anti-Doping Authority of Kenya imposed on him in 2017.

“I woke up one day and could not feel my left leg. It was numb. I went to see a doctor who ruled out a problem with the bone and muscle. I told him I was to compete in a race and he injected me with a painkiller.”

The numbness and pain went away. On the day of the championship, he underwent a routine doping test. The Anti-Doping Agency of Kenya notified him that his sample had tested positive for a banned substance on September 14.

“I later learnt that the tramadol and diprofos I had been injected with contained betamethasone, a steroid. The ban shocked me, my coach and my entire support system. The doctor acknowledged the mistake but it was too late,” he recalls.

Omanyala was on the edge of athletics precipice. He returned from the ban feeling like a tiger released from a cage, but officials of the national athletics federation informed him he would not be allowed to compete for Kenya again.

Omanyala would be playing rugby for one of the Kenya Cup teams.

“Rugby was my first love. I was a winger at Friends School Kamusinga before taking up athletics at the University of Nairobi under the guidance of my coach Duncan Oyiemba,”  he said.

The runner is managed by Marcel Viljoen of the Johannesburg-based company Fitness From Africa.

He is married to fellow athlete, Laventa Amutavi, and has a son named Quinton Finn Omanyala who is turning three in November.

The couple has launched a clothing label.

OdiBets gave Omanyala a Toyota Harrier vehicle valued at Sh5 million for his exploits on Wednesday.

The athlete received the car in the company of Amutavi and his father. Odibets also funded his pre-Olympics training to the tune of Sh2 million.

“I already know the man I will marry!” Saumu Mbuvi