Once-vibrant towns fall silent in the wake of Covid 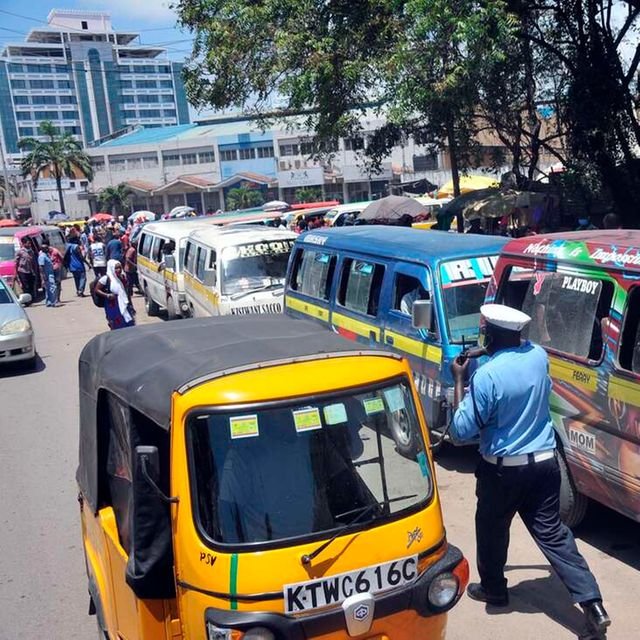 Mtwapa town, the entertainment capital of the Coast, is dying.

Famously known as Sin City among merrymakers due to its numerous eateries and entertainment joints overlooking beautiful sandy beaches, mangroves and the Indian Ocean, the reveller’s paradise — Mtwapa town in Kilifi County has gradually lost its shine as a result of the Covid-19 pandemic containment measures.

Visit the town a few minutes to 9pm and you will find workers at famous clubs and bars in a hurry to close down to comply with President Uhuru Kenyatta’s order to close entertainment joints an hour before the 10pm curfew time.

Business is no longer booming and revellers are nowhere to be seen.

Since Covid-19 arrived in Kenya in mid-March last year, leading to a number of containment measures, the Kilifi County liquor department has recorded a more than 50 per cent fall in licensed bars — from more than 500 to about 200 — with a majority of them being converted into liquor stores.

At the famous Lollipop Night Club, you are greeted by a ‘To Let’ notice.

No doubt bar and club owners in Mombasa have been greatly affected by the 10pm curfew.

Mr Bernard Ojiambo, the owner of Skylux Lounge in Mtwapa, said the reduced operating hours had affected his returns.

“You can imagine that someone leaves work at around 6 or 7pm to come to the bar. At the same time, we are expected to start closing at around 8.30pm to allow our staff to get to their homes on time before the curfew,” he said.

The club is unable to host night shows with popular artistes and bands like it did before. The shows would go on all night.

Mr Ojiambo asked the government to relax the measures and extend curfew hours to 1am.

Mr John Forsyth, the director of Maasai Bar and Restaurants, also complained of the curfew, saying 70 per cent of his business had been lost.

“It is all about business. We can only open until 9pm, afterwards, everybody risks being arrested for operating past curfew hours,” he said, adding that previously, his establishment would open from 8am until 2am.

Mtwapa town is one of the major sources of revenue for Kilifi County, with hundreds of businesses operating in the densely populated town. It is easy to see why the county government’s budget has decreased by Sh1.4 billion.

The county relies on tourism, with majority of the hotels and resorts in Kilifi, Malindi and Watamu towns yet to recover after customers vanished last year.

Others, such as bodaboda riders, hotels and shops, have also been affected. A number of hotels have closed due to lack of customers.

“I used to operate my hotel 24 hours since most revellers like nyama choma (grilled meat) where I used to make a profit of about Sh5,000 to Sh8,000 a day, but now I rarely make Sh2,000 as profit since I operate within curfew time,” said Mr John Mwadime, the owner of Starehe Hotel in Mtwapa.

Mr Simon Katana, a bodaboda rider stationed near the hotel, said his daily earnings have shrunk below 50 per cent since there are fewer people hopping from one club to another.

Ms Catherine Wambua, who runs a shop at the hotel, said business is still slow after the pandemic prompted some of her colleagues to move to Bamburi, Nyali, Watamu and Saba Saba since the customers are no longer there.

“We hope the curfew will be stopped to revive the resort, which usually comes alive at night,” she said, adding, “thousands of locals have become jobless after night clubs and restaurants were closed.”

“Hundreds of tourism investors turned up for sensitisation at Malindi, Watamu and Mtwapa last week,” she said, adding that traders were guided by the TFC and county officers to apply for the loan to assist them recover from the effects of the Covid-19 global pandemic.

The Coast region was awarded Sh1.8 billion stimulus loan, which is 60 per cent of the Sh3 billion funding, while the rest of the country will get Sh1.2 billion.

The situation is no different in Diani, Kwale County, the beach strip known for a buzzing 24-hour economy.

Ms Zippora Mueni has not opened her business for the past 11 months. When Covid-19 struck, the owner of La Strada Pub in Ukunda shut it down and is yet to reopen her establishment, despite the government allowing bars to reopen in September.

“I spent all of my savings and ran out of stock. I do not have any capital to get new stock and restart my business,” said Ms Mueni, who decried heavy losses incurred during the period that bars and restaurants were closed.

She moved all her furniture, music systems and fridges from the shop since she could no longer pay rent.

Ms Mueni is among the tens of bar and club owners who have been unable to revive their businesses in Ukunda — the once vibrant town with an active nightlife, that has not only lost its glory, but where Covid-19 has left hundreds of jobless workers in its wake.

“It is really hard to start over. I have all the things in my house. I could not pay rent for the place. With the curfew lifted, I know I can try and start because the business will be running the whole night and I will earn more,” she said.

Bar owners in Ukunda are hopeful the government will lift the curfew so that business can go back to normal.

Kwale County Bar Owners Chairman Richard Onsongo said Ukunda has become a ghost town, with bars being closed by 9pm. If the curfew is extended, more establishments will close down, he said.

“If the curfew is lifted, which we are expecting in President Uhuru Kenyatta’s next address, this will help us keep pushing and revive our businesses,” he said.

President Kenyatta is expected to address the nation on March 4 on the progress of the Covid-19 pandemic and review containment measures.

He, however, praised the Kwale County government for reviewing the liquor licence fees to cushion bar owners from the economic falling-out of Covid-19.

The county said general retail alcoholic drink licences will be charged at the old rate of Sh12,000 instead of the recently passed Sh50,000, while restaurant alcohol licence will cost Sh12,000 in place of the newly enacted Sh30,000.