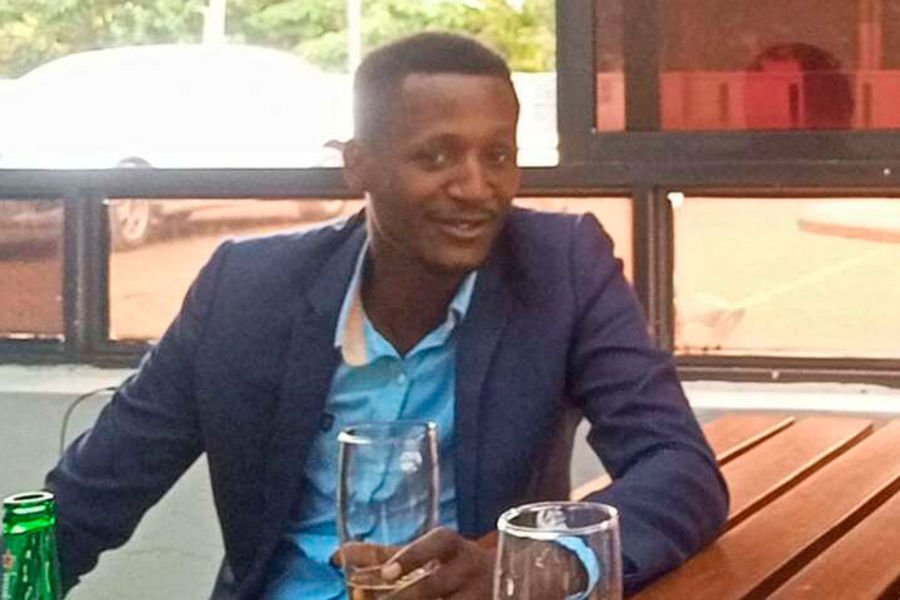 Brian Oduor, one of four men who died in mysterious circumstances shortly after they were spotted having lunch in Kitengela, Kajiado County, had jumped bail in Mombasa over theft of Sh1.5 million.

Court records have revealed a warrant of arrest had been issued against Oduor and his friend, Mr Ramadhan Hussein Kamau, in a criminal case that is still pending in court.

The proceedings indicate following their release on Sh500,000 cash bail, the two last appeared in court in 2019.

The duo faced two criminal offences of stealing from a locked vehicle and malicious damage to property.

The charge sheet indicates the two, jointly with others not before the court, stole the money, the property of Mr Sammy Muutu Mulwa, and in order to commit such theft, broke into the locked motor vehicle.

They are also accused of malicious damage to property, with the prosecution arguing the two wilfully and unlawfully damaged the windscreen of Mr Mulwa’s vehicle.

To commit the crime, records show Oduor hired a vehicle from Nairobi, which he used to steal from at least two victims.

Proceedings in the Mombasa court case indicate a motor vehicle registration number KBY 291K, a grey Toyota Noah, was used to track down Mr Mulwa to Tudor, where his money was stolen.

The businessman had left a bank when the incident happened.

The vehicle, police records show, tracked the businessman from the bank in the central business district to Kiziwi in Tudor, where the theft took place.

At a fee of Sh32,000, Oduor hired the vehicle for a week from Mr Stephen Wadego Okello, a car hire dealer who does business through his company, Capital Travel Ltd, based at Upper Hill Gardens in Nairobi.

Oduor hired the vehicle through Mr Timothy Onyango Otek, which was then driven to Mombasa.

Both Mr Onyango and Mr Okello had testified in the criminal case against Oduor.

Mr Onyango had initially been charged due to his involvement in the transaction but the DPP dropped the charges against him and converted him into a State witness.

He has been described as a broker in the car hire trade.

In his testimony, Mr Onyango told the court that Oduor had requested him to find him a vehicle, but the purpose was not disclosed to him.

Since he knew Mr Okello, he contacted him and the vehicle was released to the suspect after a down payment of Sh16, 000 was sent to him via M-Pesa.

“I did not know what he was going to do with the vehicle,” said Mr Onyango.

Mr Okello confirmed meeting Mr Onyango, who had visited him together with another man.

“He told me he had a client who wanted to hire a vehicle for an unknown period of time. Mr Onyango was not new to me. I had dealt with him before on several occasions,” he said.

According to Mr Okello, the vehicle was returned to Nairobi after 10 days and was badly damaged.

Upon inquiry from Mr Onyango, Mr Okello said he was told that the vehicle had been involved in an accident in Mombasa but Oduor would cater for the repair expenses.

“They told me the vehicle was in Embakasi, so I should send my driver to go for it. I did that, only to find it badly damaged,” he said.

Mr Okello said once he had been informed his vehicle was at a carwash site in Embakasi, he sent his driver, Mr Michael Oduor, to go for it.

The driver, who has also testified in the case, told the court he was arrested by the police shortly after going for the vehicle.

“I later learnt the vehicle had been used to commit a crime. Its registration number had been widely shared on social media. I did not know who had the vehicle before,” he said.

He was, however, released from Kileleshwa Police Station after recording his statement.

The case against Oduor and Mr Ramadhan is coming up for mention on May 13.

Meanwhile, the Kitengela murders have an eerie coincidence with the killings of three people in Changamwe, Mombasa. One survived the shooting in Changamwe.

The Kitengela quartet vanished on April 19 — and their bodies were discovered the following day — and the Changamwe killings occurred two days later.

James Munyao Mwangi was killed alongside two Tanzanians on April 22.

The Tanzanians worked as mechanics in Saba Saba area.

A source told the Nation that their bodies were transported to Tanzania for burial while Mwangi was interred in Mariakani, Kilifi County on April 29.

On the fateful day, sources told the Nation that Mwangi had picked the two mechanics from Mombasa town to work on his wife’s vehicle.

The three were killed at around 8.30pm when a vehicle they were travelling in was sprayed with bullets by unknown gunmen. There were four people in the vehicle. One survived.

Police said Mwangi, who was the driver of the vehicle, was killed at the scene while the other two died on Thursday.

“The three occupants had been rushed to hospital, but two died. We only have one survivor who is not in good condition. We are hopeful he will recover and share with us information on the incident,” said Changamwe Police Commander David Mathiu.

Mr Mathiu said the three were killed by people who had been following them in another car.

Police recovered several ATM cards that they said belonged to the driver, his driving licence, five mobile phones and an extra car key.

“We have been able to ascertain that the vehicle belongs to the driver (James),” said Mr Mathiu.