Only guests and family to attend Mama Sarah Obama’s funeral 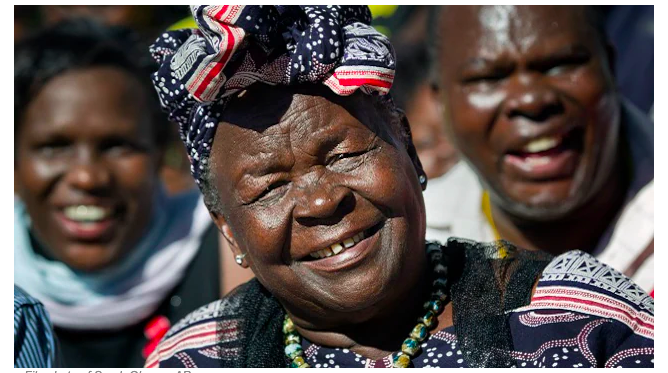 The public will not be allowed to attend the burial of former US President Barack Obama’s grandmother.

County Commissioner Michael Ole Tialal said only close family members and “few” guests approved by the family will be allowed in.

This is in line with the Covid-19 containment measures by the Ministry of Health. This came as her family denied that she died of Covid-19 related complications.

Mama Sarah Obama died yesterday morning at Jaramogi Oginga Odinga Teaching and Referral Hospital where she was admitted to the Intensive Care Unit.

Tialal noted that a number of roadblocks have been erected along the roads leading to the compound, and not even political leaders will be allowed to bring their supporters along.

Yesterday, the chairman of the burial committee Vitalis Awandu said only a few guests and close relatives will be allowed to attend the funeral.

“We have guests from Kendu Bay, which is Obama’s original home,” he said.

Those wishing to contribute to her burial arrangements were urged to do so through mobile money services.

Yesterday, police had a hard time trying to contain residents who wanted to force their way into the compound to view Mama Sarah’s body.

The body of Mama Sarah left Jaramogi Oginga Odinga Teaching and Referral Hospital to her home Kogelo at around midday yesterday.

Kisumu Muslim Association Chairman Sheikh Musa Ishmael, who led the viewing of the body before it left the facility, said there will be a short viewing exercise this morning ahead of the burial.

Said Obama, the fifth born son of Mama Sarah, said the burial will strictly be according to Muslim burial norms. At Nyang’oma market where she was once a vegetable and porridge vendor, activities went on normally, with a few traders expressing interest in attending the night vigil.

Musa, who addressed the press on behalf of the family, said Mama Sarah had been sick for a few weeks adding that she did not die of Covid.

“Mama has not died of Covid-19 and we want to clarify that she has been sick for some time now,” said Sheikh Musa.

He announced that Mama Sarah will be buried today at 11am next to her husband, Hussein Onyango Obama.

“Islamic tradition requires that the body is interred immediately after the confirmation of death, but for this case, the family of Mama Sarah has requested for more time so that those who reside within Nairobi and other far-flung areas can travel home to attend the burial,” he said.

He noted that strict Covid-19 protocols will be observed during the burial.

Emotions ran high as the hearse carrying the body arrived in Kogelo at around 12:45pm.

Michelle Obama: I felt safe and confident while in Mama Sarah’s presence