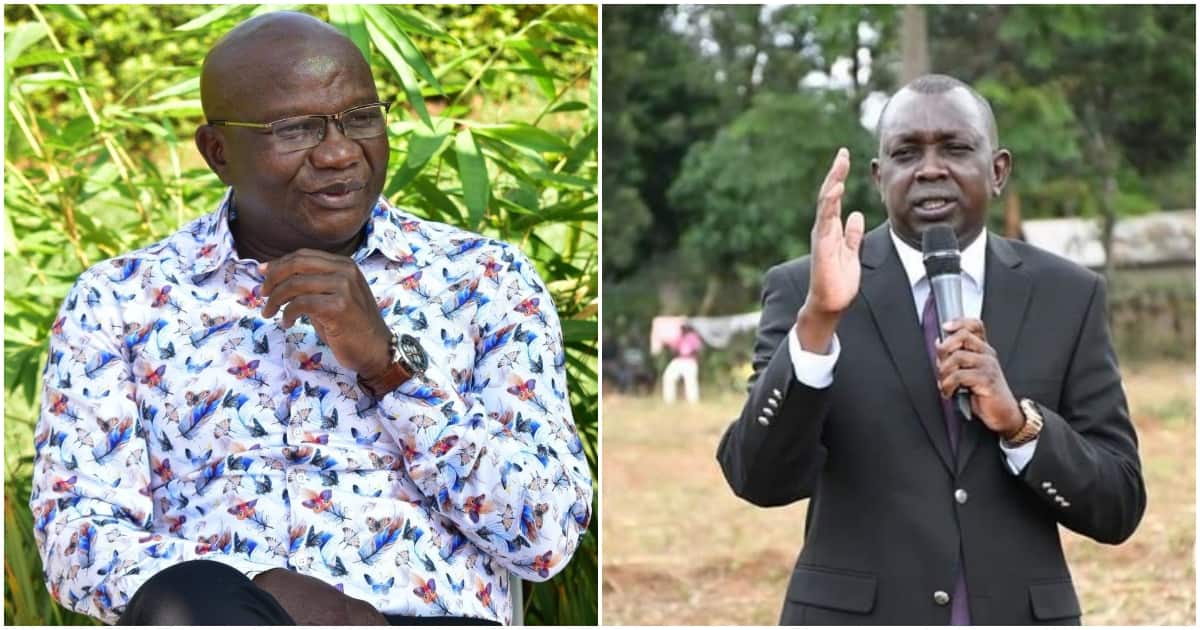 Sudi takes issue with Magara’s suggestion that the lack of democracy in the UDA was a factor in his decision to leave the party.

The vocal MP stated that the former UDA treasurer had requested a straight ticket to the Kisii governorship election.

Sudi further said that Deputy President William Ruto insisted on a nomination process for all contestants.

“It’s not about democracy in UDA but it’s about your greed and failure to embrace democracy within the party. You wanted to be given a direct ticket which is against our party norms. You denied the party a chance to conduct opinion polls.

“Stop crying, we know this is just but normal (unprintable insult) we are used to,” the MP started.

Magara was vying for the UDA ticket to run for Kisii County boss against Nyaribari Masaba MP Ezekiel Machogu.

The former South Mugirango MP stated that he left the Ruto-led party due to a lack of transparency and joined the People Democratic Party (PDP).

“For a long time, I have harboured an ambition to be the Kisii County Governor through the UDA party where I was also the national treasurer. However, there have since been developments that render my candidature through the UDA Party impossible.

“After considerable reflections and consultations with my people in Kisii County, national leaders, family and friends, my political future and ambitions cannot be sufficiently addressed by the UDA party, I therefore immediately resign as a party member and as a treasurer,” Magara stated.

He had previously stated that he was considering switching political allegiances due to what he described as his colleagues’ undermining him.

Magara’s departure comes only days before Raila Odinga, the leader of the Orange Democratic Movement (ODM), embarks on a tour of Kisii and Nyamira counties, where he is anticipated to greet ODM defectors.

The former joins Anthony Kibagendi, the former Youth Affairs Secretary in the DP’s office, as the region’s other significant politician to resign from UDA.

Kibagendi has since joined the opposition Democratic Movement Party (ODM), where he was greeted by outgoing Governor James Ongwae and the former Premier.