Our People are Languishing in Poverty, Mandera Senator Candidate Adan Cries Out 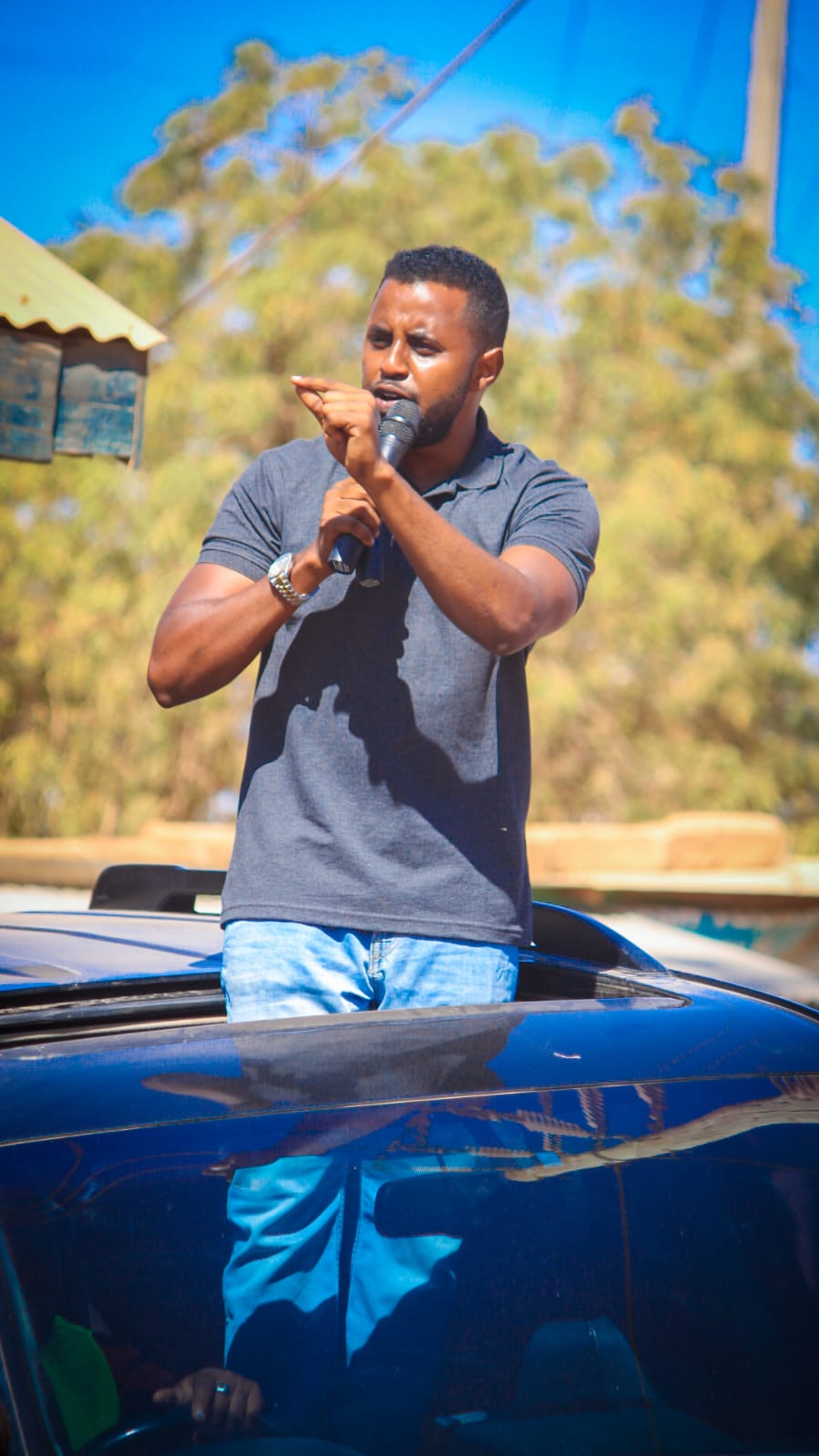 As Mandera’s political leadership continues to take shape the senatorial position is being warned by residents for a youthful individual whose philanthropic nature has driven him to contest for the position to change the living standards of his people.

Said Mohammed Adan has gained vast experience and knowledge from working with different organizations, amongst them is the United Nations in Congo and it is here that Said realized he could use his skills to transform his fellow pastoralist who up to date are still languishing in dire poverty despite the government support offered to the county.

A frustrated Said narrates that the people of Mandera are struggling to survive every day because of poverty and hunger due to poor climate conditions that have camped in the county for a very long time and there is no sign of change because the leadership has done nothing in terms of development.

Being pastoralists most families lost most of their livestock to hunger that was brought by the prolonged dry conditions and this left most of them without reliable incomes to support their families.

The University of Nairobi Scholar seeks to drive a minimum of Ksh. 12 billion to Mandera to be used in hunger management, the building of the modern school, introducing better health services, bringing clean water, and rebuilding the poor roads that hinder flexibility in the deliverance of goods and services.

Adan alleged that the County leadership headed by Governor Ali Roba has failed immensely and is being led by greed and corruption where County tenders and jobs are always given via Clan or Friendship/Family basis and the people accorded this duty never perform as expected where all funds driven to them for projects end up in their pockets leaving the ‘Common Mwananchi’ in poverty.

Said has called on Women to come out and occupy leadership positions and as a UPIA Party leader, he has promised that they will visit the grounds to support their women aspirants in their various positions. He also hopes to have more women occupy duties in the county government to observe the two-third gender rule and also allow them to give solutions to problems in the county.

“The best option for us is ODM candidate CAS Hassan who even during his time as Rift Valley Provisional Administration, there is a lot of benefits we got from him like us having an identity, district location and many people getting employed through his influence during the Moi and Kibaki’s Era” Adan added

Unfortunately, other candidates have no work to show to the people with the former East African Community CS Adan Mohammed being the biggest failure because despite holding a very prestigious position in East Africa he did nothing to better Mandera, not even a single project to show yet he could have done a lot with his power.