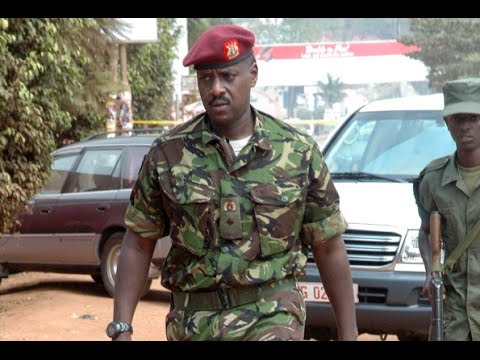 There was outrage especially among Kenyans  on the social media Monday after Uganda President Yoweri Museveni’s son Muhoozi Kainerugaba went on a Twitter meltdown, warning that he would only need two weeks with his army to capture Nairobi, only to later tone down his rhetoric and appear to be suggesting that he was only kidding.

But the damage had already been done.

In a very unusual tirade that could easily turn into an embarrassing diplomatic tiff for the neighbouring country, Gen Muhoozi, who serves as the commander of the land forces of the Uganda People Defence Forces (UPDF) posted a series of controversial tweets about Kenya, Uganda’s neighbour to the East.

He started by blaming retired President Uhuru Kenyatta, whom he refers to as his “big brother”, for not contesting for a third term in the August 2022 polls, adding the retired president could have easily won the election.

“My only problem with my big brother is that he did not stand for a third term. We would have won easily,” he wrote on Twitter.

Former president Kenyatta was barred by the Kenyan constitution from contesting for a third term.

The two are known to be close friends. However, his father has been known to be a close advisor of President William Ruto.

The 48 year old Muhoozi suggests Mr Kenyatta, who handed over power to President William Ruto on September 13, 2022, should have changed the constitution to remain in power.

“Haha! I love my Kenyan relatives. Constitution? Rule of law? You must be joking! For us (Uganda), there is only the Revolution and you will soon learn about it!”

Not done, Muhoozi sensationally claimed on the same platform he needs a fortnight to topple President Ruto’s government.

“It wouldn’t take us, my army and me, 2 weeks to capture Nairobi,” he tweeted.

He went on: “I’m happy that members of our district in Kenya, have responded enthusiastically to my tweet. It’s still 2 weeks to Nairobi! After our army captures Nairobi, where should I live? Westlands? Riverside?”

Incidentally, President Museveni, 78, has twice benefitted from a change of the constitution to rule Uganda for close to four decades.

This includes the move to remove the term and age limits from the constitution.

“Kabobi should know that we will never allow him to be President of this country!” wrote Muhoozi.

Muhoozi has emerged as a favourite to succeed his father if and when he chooses to retire but the many controversies associated with him have made analysts question his suitability.

Man detained by police on suspicion of killing son

A Drive around the Beautiful Harare, Zimbabwe’s Capital City