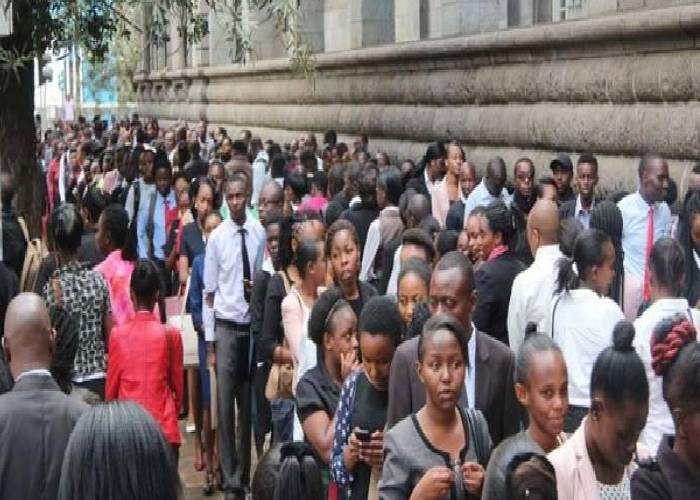 The Judicial Service Commission (JSC) advertised for 553 vacancies and over 60,000 Kenyans already expressed interest revealing the height of unemployment in this country.

Just 20 days after JSC had opened an application, their official website crashed in the process due to the high traffic.

“At the close of application on October 29, the commission had received over 60,000 applications for these vacancies,” JSC said in a statement.

It is not clear why despite such a large number of people applying for the vacancies, the commission is extending the application. They say some deserving Kenyans could have missed a chance to apply when the site crashed.

“At a meeting on November 4, the commission noted that notwithstanding the overwhelming response to the advertisement, there is a possibility that some (several) potential candidates were not able to access the application portal due to high traffic and congestion in our system.