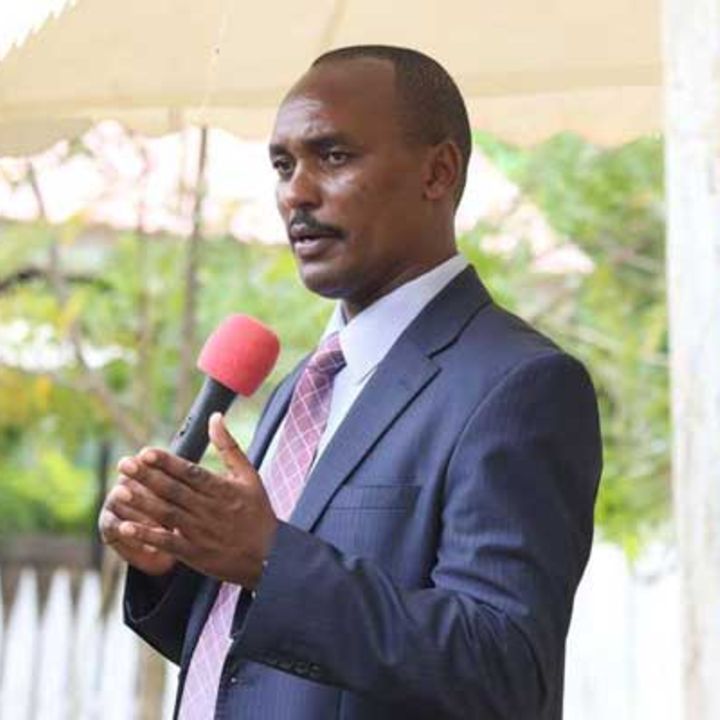 For two months now, the whereabouts of security analyst Mwenda Mbijiwe are still unknown and his fate now seems to echo that of controversial businessman Dafton Mwitiki who went missing in March last year.

Efforts to get the status of the two cases have borne no fruit in what seems to be an official conspiracy of silence by investigators.

The cases of the two men that the state has forgotten, but whose relatives are still agonising over their whereabouts, now appear to have run cold.

What is clear, however, is the two men’s initial movements across Nairobi as captured on CCTV cameras and as told by their last phone conversations.

In both cases, their cars were found dumped in different sections of Kiambu County, just hours after they were reported missing.

Mr Mbijiwe, a former private in the Kenya Air Force, who commented on matters of national security and counterterrorism in the media disappeared on June 12 in unclear circumstances, only for his car to be found on a coffee farm in Tatu City. Missing was the car key and Mr Mbijiwe’s personal belongings.

Mr Mwitiki went missing on March 11, 2020 and his car, a Land Rover Discovery was found abandoned a day later near a coffee farm in Juja.

CCTV cameras captured Mr Mwitiki, a licensed gun holder and member of the National Gun Owners Association (Ngao) leaving a hotel he co-owned with a Chinese partner at Galana Plaza in Kilimani, Nairobi. He was captured by cameras driving along Thika road some minutes to midnight.

READ ALSO  The return of Grade A that Matiang’i killed

A search for him by members of Ngao, friends and family at the coffee plantation and a dam near where his car was found — that included the use of sniffer dogs — did not bear any fruit.

The search was extended to hospitals, his frequent joints and even morgues, when his friends gave up hope of finding him alive, to no avail.

Mr Mwitiki was in the limelight during the DusitD2 terror attack in Nairobi in January 2019 when a photo of him and controversial politician Steve Mbogo holding sophisticated guns near the complex started trending on social media.

Mr Mwitiki’s relatives said he had not reported being under any form of threat or danger.

Around 9:15pm the night he was last seen, Mr Mwitiki spoke to his wife Betty, and did not sound distressed, but she got concerned when he failed to return home that evening.

She called Mr Mwitiki’s brother and the search began after the matter was reported at Muthangari, Kilimani, Central and Juja police stations.

Since their last media address on the disappearance on March 15 last year, Mr Mwitiki’s family has remained silent. Yesterday, the Nation learnt that they are yet to get any word on the progress of the investigation from the police.

Mr Mbijiwe too, had not expressed any concerns over his security with his family, according to relatives. He had hired a Toyota Fielder from Mr Edward Mwangi, to use for a few weeks, including traveling to Kimbo village in Meru County to visit his ailing mother.

READ ALSO  Mother of two who died in Gulf buried

On June 12, he left his Kileleshwa home in Nairobi and called home to confirm that he was on his way to Meru.

However, the following day, the car was found vandalised on a coffee farm in Tatu City. It was traced by its owner, Mr Mwangi, using the car’s tracking device.

Mr Mwangi reported the matter to police and was allowed to repossess the vehicle. He told police that Mr Mbijiwe had hired the car for business and that he had tried contacting him on his phone in vain.

He added that Mr Mbijiwe was scheduled to return the car the previous day but was planning to extend his time with it.

A missing persons’ report on the former Meru governor contestant and CEO of Eye on Security was filed at Central police station, Nairobi.

Last month, Mr Mbijiwe’s mother, Ms Jane Gatwiri, said the family had reason to believe he was still alive but that the police seemed reluctant to find him, and were withholding information from her.

She called on the United States, Israel and South Africa to help in investigating the matter, saying there were many gaps and unanswered questions that the family wanted addressed.

Her sentiments were echoed by Mr Mbijiwe’s step-father, Mr Mbijiwe Nkonge, who claimed his step-son was not a simple man whose disappearance would go unnoticed or unaddressed for three weeks.

“He authored the book America Fears No Evil. If the Kenyan government doesn’t have the machinery to find him, let them invite the USA (FBI), Israel and South Africa governments, which have helped Kenya before.”

While many have questioned whether some of his past fraudulent dealings may have led to the present circumstances, Mr Mbijiwe’s disappearance, like that of Mr Mwitiki, is a puzzling missing persons’ case.

Both were licensed gun holders, and as their families hope against the odds to find them alive, there’s a worrying trend that seems to prove that in Kenya, nobody is found after missing for two weeks or more.