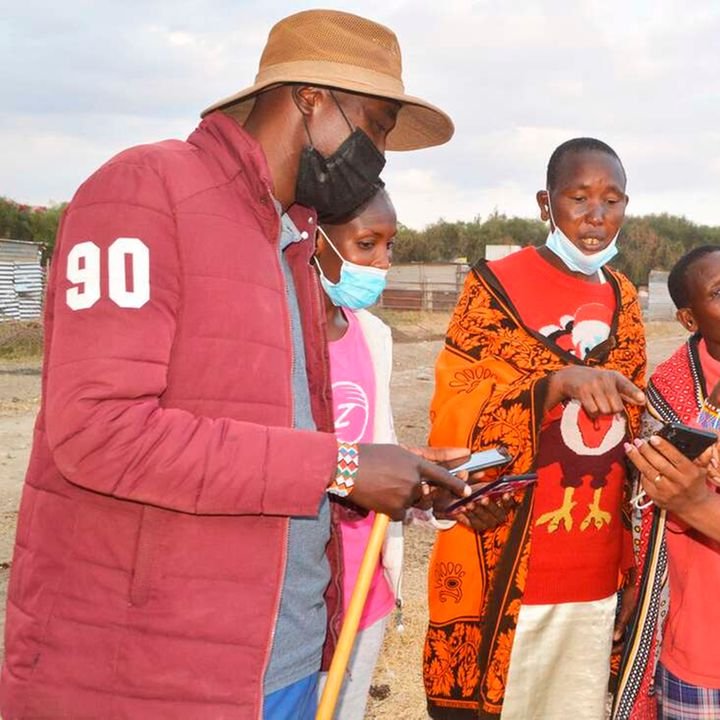 More than 4,000 parents in Kitengela, Kajiado County, have been duped into giving money totalling to millions of shillings to a church-based organisation with the promise that their children’s school fees will be paid by donors.

The organisation, initially known as The Living Bread Foundation, before changing its name to Global Foundation Alliance, was first introduced in churches late last year in Kajiado. It has now spread to Machakos, Makueni, Kiambu, Murang’a and Embu, among other counties, with Nairobi serving as the headquarters.

The “free goodies” word is said to have spread like bush fire among worshipers, with thousands lining up to enrol their children into the programme.

Local pastors were recruited, serving as the bridge between the foundation and the parents. Twenty-three pastors were “ordained” on February 7, each paying Sh7,500, according to documents obtained by Nation.Africa

“Our fellow pastors enticed us into what is turning out to be a mega scam. I paid Sh7,500 to be ordained as a reverend associated with Global Foundation Alliance. Most of my church members registered their children. This might be the beginning of many church collapses in Kitengela,” said a Kitengela pastor, speaking on condition of anonymity due to the sensitivity of the matter.

According to forms seen by the Nation, which were filled out by the parents, the foundation had promised to offer needy students full primary and secondary education sponsorship.

However, to register, pupils were required to pay Sh300, while secondary school students had to pay Sh500. The coordinators who received the money did not issue receipts.

Two months ago, the organisation demanded Sh2,500 more, via text messages sent to the parents. Some parents paid the extra amount.

The programme targeted poor families living in informal settlements and the Maasai community living in manyattas.

Parents were required to produce passport-size photos and birth certificates of their children. Some parents are reported to have moved their children from private schools to public institutions, eyeing the sponsorships.

However, the date learners were supposed to be enrolled into schools kept on changing, and has never happened to date. The sponsorship has now snowballed into a circus of empty promises.

A number of the parents have reported cases to various police stations in Kajiado.

Mr Mwangi Ng’ang’a, 37, a casual labourer in Kitengela town said he was approached by his pastor to join the programme and he jumped at the opportunity. He said he could not afford the Sh2,500 extra demanded for sponsorship.

Ms Jemima Semante, 56, said her children were registered last year but they are yet to be enrolled into a school as she had been promised.

“They approached us and promised us good education for our children. We are poor families and we had to fundraise the little money required for more than 40 students. They used the holy Bible to con us,” said Ms Semante.

Recruiters are in now trouble, with parents asking about the enrolment. Ms Elizabeth Kipyieng had recruited 42 children from a Kitengela manyatta. She described the sponsorship programme as a well-orchestrated scheme to steal from poor Kenyans.

“The foundation offices keep on changing from Kibera to other parts of Nairobi. This is a scheme similar to the infamous pyramid schemes. We used to be called for meetings where no one was allowed to take pictures or record the proceedings. The signs were there, but seemingly, we were blinded from the start,” said Ms Kipyieng.

Pastor Nancy Kisia, a retired teacher who was the organisation’s chief coordinator until June 2021 when she left the foundation, said she registered more than 2,000 children from Kitengela and its environs.

Her M-Pesa records show that between January 16, to May 9, 2021, she wired Sh1.3 million to the director of Global Foundation Alliance, Bishop Joseph Otieno Nandwa. Since she left the organisation, she claims, her life has turned into a nightmare, characterised by intimidation and threats from strange people.

“It hit me hard when I realised the sponsorship was not forthcoming. Parents are now on my neck. I was not paid a single penny for the time I worked for the foundation. Nowadays I am being trailed by vehicles. I fear for my life,” said Ms Kisia.

Parents now want the DCI to investigate the organisation, saying it moves from one town to the next, duping parents.

However, Bishop Nandwa, speaking to the Nation on phone, insisted he is working on a sponsorship programme with 14 countries “abroad” to offer sponsorships to needy children. He accused some parents of exaggerating the school fees beyond the Sh20,000 budgeted for each learner annually.

“The sponsorship programme is there. We have been registering beneficiaries in Kitengela and several regions in the country. Some parents have taken advantage by exaggerating the school fees. Greed by some parents is delaying the project. The concerned parents ought to reach their respective coordinators for further directions,” he said.

The Nation has also learned that two weeks ago, four of the foundation’s agents were arrested in Mlolongo town, Machakos County, while attempting to register students into the scheme. In the past one month, the agents have run into trouble with the authorities in different parts of Nairobi County, as they tried to convene meetings with parents.

Prepping For The Arrival Of The Kenya Airlift Students.