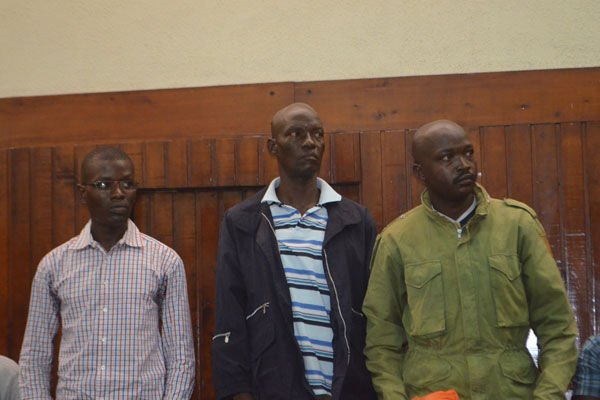 As detectives work around the clock to establish the motive behind the murder of Dutch businessman Herman Rouwenhorst, it has become apparent that killings of foreigners such as this one are connected to the victims’ wealth.

The circumstances of Mr Rouwenhorst’s death are similar to those of other foreigners who retired and moved to Kenya to enjoy their wealth only for their lives to be cut short.

Mr Rouwenhorst, who hailed from Apeldoorn, Netherlands, was a successful businessman who owned several nightclubs and properties in Mombasa and Kilifi counties.

He is said to have immigrated to Kenya after falling in love with his Kenyan girlfriend Riziki Cherono Ali, who later became his wife.

The couple lived happily at their Roco apartments in Shanzu until June 4, when the 55-year-old met his death.

Detectives from the Homicide Unit, with the help of Ms Cherono, are investigating the motive of his gruesome killing.

Mr Rouwenhorst was found last month lying lifeless on the couple’s bed with his hands and legs tied up with a rope and mouth gagged. The night guard, Evans Bambo Bokolo, also met his death on the night the Dutchman was murdered.

Detectives are treating Ms Cherono, who raised the alarm over the murder of her husband, as a prime suspect. Police found her with her hands tightly strapped to the steering wheel of her car some distance from the couple’s residence.

She told investigators she was driven in the car by unidentified men from their apartment and abandoned near Serena Beach Hotel.

But detectives believe the Dutchman’s death could be connected to the many properties that he owns in Kenya.

Another Dutchman, Jacobus Van Der Goes, was killed in a similar way.

A battle to inherit his wealth, which extended to the Netherlands, then ensued.

The 77-year-old had worked for the Dutch government and had chosen to retire in Kenya.

Mr Van Der Goes bought several properties in Kenya, including a lucrative apartment in the posh Nyali area of Mombasa. He employed John Ochieng as his gardener.

The Dutchman was brutally murdered by Mr Ochieng and his accomplice Joseph Ogolla. The two were sentenced to death and life imprisonment, respectively.

Mr Van Der Goes was clobbered with a hammer and a crowbar before his body was wrapped in a mattress and dumped in a septic tank in his Nyali residence.

Mr Ochieng was found to have withdrawn Sh300,000 from the victim’s bank account using his ATM card.

Members of his family are engaged in a fierce tussle over his multimillion-shilling property. The properties include his luxurious Nyali home, a residential flat in the Netherlands, a vehicle and several bank accounts in Kenya, the Netherlands and the UK.

The dispute is between the Dutchman’s Kenyan ex-wife Agnes Nanjala and his firstborn daughter Ingrid Van Der Goes and her husband Rene Adrianus.

Ms Ingrid and her husband argue that they were appointed administrators of the properties in a will drawn up by Mr Van Der Goes before he died.

For her part, Ms Nanjala, who has objected to Ms Ingrid’s application to be the executor of the property, claims the Dutchman died intestate and did not leave the properties under any administrator.

In a succession lawsuit in a family court in Mombasa, Ms Ingrid avers that her father gave her execution authority over the estate by a will dated November 3, 2009.

This argument is disputed by Ms Nanjala, who has maintained that Mr Van Der Goes did not leave any will to indicate how he wished his wealth to be distributed

Ms Nanjala denied the existence of any written will, arguing that a court ruling that allowed their divorce made her and her daughter the legal dependents and beneficiaries of Mr Van Der Goes’ properties.

“Despite the lawful entitlement, Ingrid and her husband have failed to consider our interests. She has concealed most of the assets, which include more than 10 bank accounts and posh flats in the Netherlands,” Ms Nanjala argued.

She said it was laughable that the alleged will that gave her and her husband the authority to administer her father’s properties excludes her siblings.

But Ms Ingrid has dismissed Ms Nanjala’s case, describing it as an abuse of the court process and her arguments as inept.

Ms Ingrid argues that Ms Nanjala had failed to inform the court of other court decisions, such as the divorce.

Ms Ingrid also argues that Ms Nanjala wants to benefit from Mr Van Der Goes’ wealth twice, having gained earlier in the marriage and later from the divorce.

She says Ms Nanjala and her step-sister (Ms Nanjala’s daughter) were sorted out when she divorced her father.

Ms Ingrid argues in court documents that Ms Nanjala’s daughter had been left out as a beneficiary of the properties because her father had doubted her paternity.

The court is yet to deliver a ruling in the dispute.