Pele Pele: I don’t know some of my children 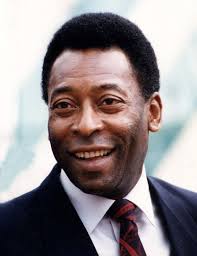 Football icon Pele says he’s fathered so many children that he cannot trace all of them.

The 80-year-old soccer icon has been married three times but admits to having had so many affairs, he lost track of his own children at one point in his life.

In a new Netflix documentary named ‘Pelé’, the life of the Brazilian football player, Edson Arantes do Nascimento – better known as Pelé, the soccer star insisted he was honest with his wives and girlfriends about his affairs.

“In all honesty, I’ve had a few affairs, some of which resulted in children, but I’ve only learned about them later,” he says.

The documentary looks back at the extraordinary period when Pelé went from a young superstar in 1958 to a national hero, amidst a radical and turbulent era in Brazilian history.

The documentary charts Pelé’s remarkable journey to becoming the ‘King of Football’ and leading his nation’s team to their historic win at the 1970 World Cup.

With rare and exclusive filmed access to Pelé himself, the film emotionally showcases the star reflecting upon his impressive career.

The documentary also includes a rare archive and interviews from former legendary team-mates at Santos Futebol Clube and the Brazilian national team, including Zagallo, Amarildo, and Jairzinho, as well as extraordinary testimonials from family members, journalists, artists, and other personalities who witnessed the golden age of Brazilian football.

The sporting legend has five children, Kelly, 54, Edinho, 50, Jennifer, 42, and twins Joshua and Celeste, 24 from his first two marriages, as well as more children from different affairs.

Last year, Pele rubbished speculation he was suffering from depression but admitted he was rarely going out because of a persistent hip problem.

The sporting legend insisted his physical issues are “normal” for someone of his age.

Pele won his first World Cup at the age of 17 said; “I am good. I continue to accept my physical limitations in the best way possible but I intend to keep the ball rolling. I have good days and bad days. That is normal for people of my age. I am not afraid, I am determined, confident in what I do.”

The new documentary will become available for streaming on Netflix on 23 February.

USCIS Reverts to the 2008 Version of the Naturalization Civics Test