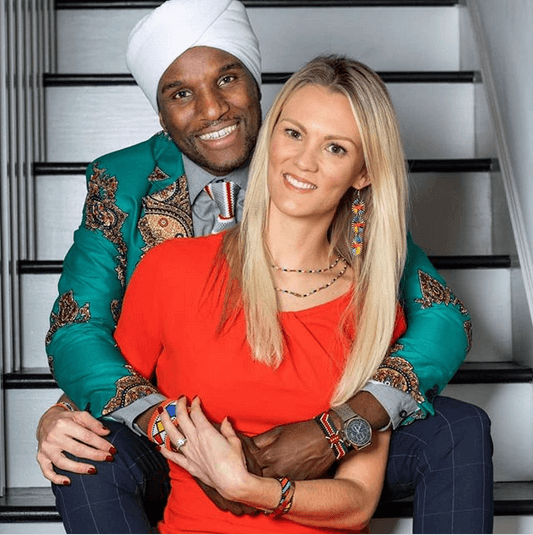 Dr. David Wachira known to as the American Mukurino caught many by surprise after photos of himself and his wife Cecilia went viral in 2019/2020.

What caught the attention of many is the fact that he had won the heart of a white woman despite being a Mukurino.

In an interview on Jeff Koinange Live, Wachira says he was a lecturer before he applied for a job at the world bank.

Wachira’s family moved to the U.S in 1997. Speaking on whether she found it hard dating a Mukurino, Cecilia responded

It did not bother me, I was intrigued and it brought me closer to him as I found him very different.

people stare at us a lot but I have learned to handle that.

They however face challenges when out there. Sharing an incident, Wachira said

On a different occasion, he was mistaken for a waiter.

So I gave him mine

Not long after that another official walked in also told me he wanted milo, people assume that being a mukurino one should just stick to preaching.

Despite that, both families love and adore each other.

READ ALSO  New Cabinet to be sworn in today
Related Topics:American Mukurino David WachiraNews
Up Next