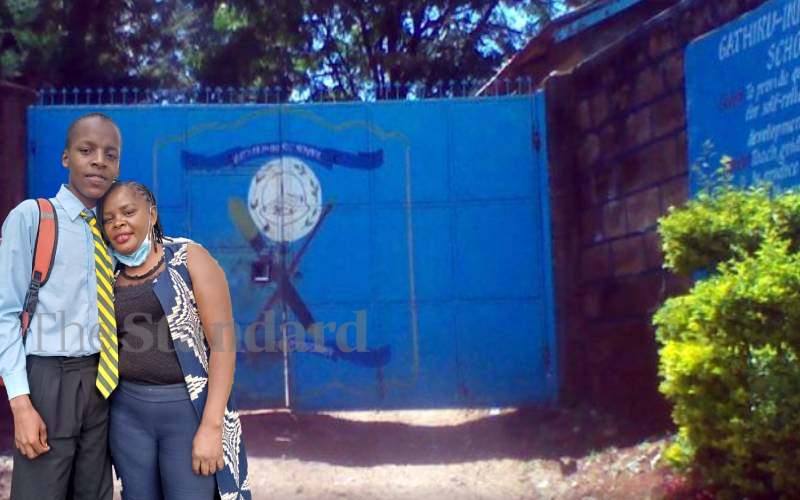 Three guards at Komothai Girls alleged to be at the center of the death of Gathuruini High School student Brian Mbage have been detained for seven days.

The three are Joseph Mutahi, Kennedy Muriuki and Mary Achieng, who will be detained at Githunguri police station until next week.

Detectives probing the incident told the court they are widening the scope of investigations to arrest more suspects linked to the death.

Mbage, the slain student, will be buried on Wednesday. 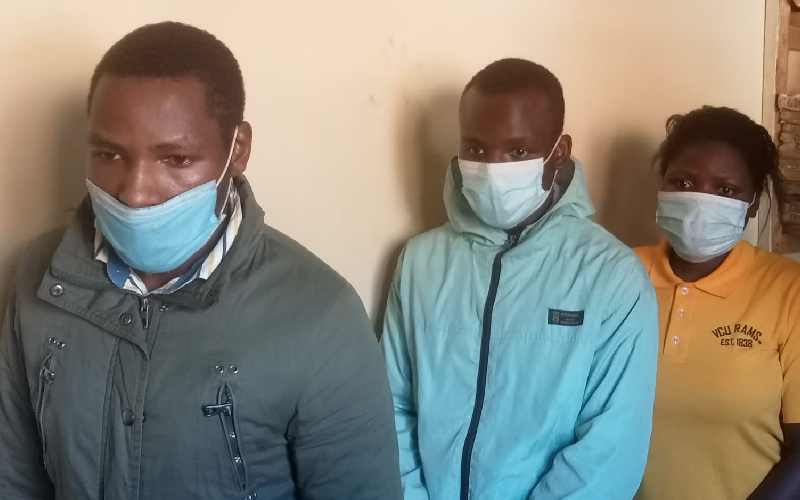 Mbage died after he was allegedly assaulted for illegally entering a dormitory at Komothai Girls Secondary School.

A postmortem examination report shows he died as a result of excessive bleeding.

According to an autopsy conducted at Kiambu Level 5  hospital mortuary, the teenager suffered excessive bleeding in the head.

George Karanja, the manager of the security firm providing services to Komothai, said students raised alarm following the intrusion attracting the attention of guards and staff.

Karanja said the other boys managed to escape but the deceased was cornered and beaten up by a mob.

Mbage’s mother is not convinced that the boy died as a result of injuries inflicted by a mob on Wednesday night.

“I have seen the body of my son, and I am so saddened. The injuries on his body do not show any [signs of] beatings, but the ones on his head show he died from trauma,” the distraught mother said from her Ngegu home.

Mbage’s aunt Wanjiku Mbage accused the school of hiding the real cause of death.

She says the school’s management told her that the boy jumped from the fourth floor and “that’s how he sustained the injuries”.

The mother described her son as hardworking, disciplined, and jovial.