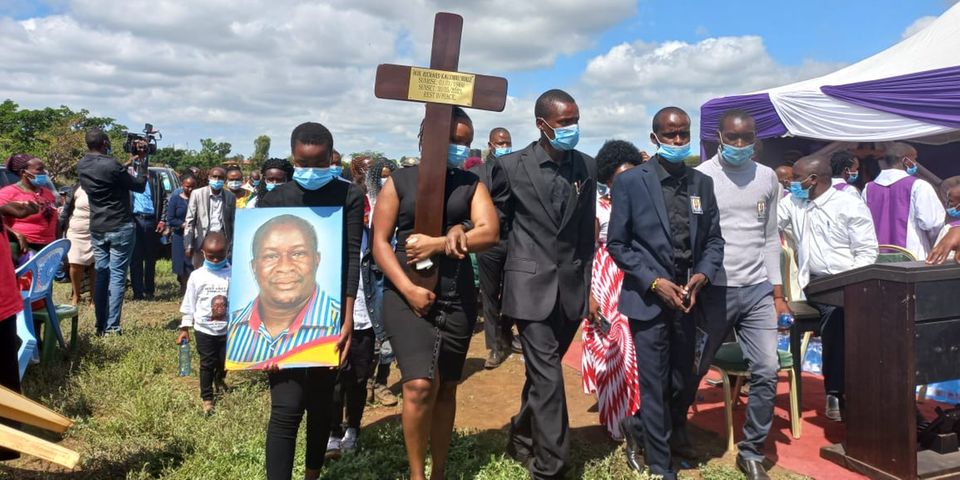 The shape of the grave of former Kibwezi MP Kalembe Ndile has caused a stir online.

The grave has a stair-like shape which is tiled all around.

Below is a photo: 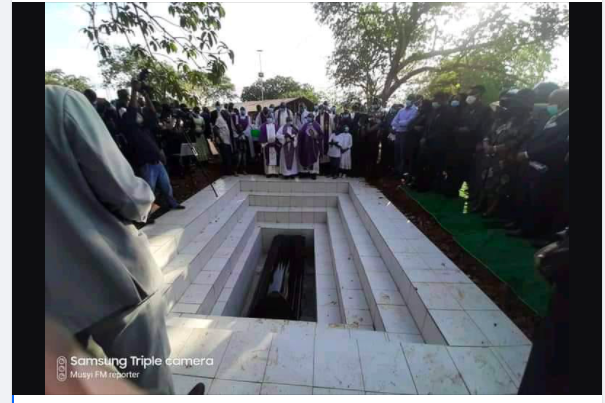 Kenyans online were fascinated with it like one Wahome Thuku who wrote: “KALEMBE Ndile’s grave. This one will find it very easy to climb out on the day of resurrection. ”

Facebook user Njeri Mwangi Gichuhi Karuri replied to him: “The soul doesn’t walk but the body, read the bible well.”

Mr Ndile, who served as the Member of Parliament for Kibwezi from 2002 to 2007, died aged 57 while receiving treatment at the Nairobi Hospital.

On Friday morning, mourners escorted his body to the funeral ground at Ndile’s Mbui Nzau home.

Kenya lifts ban on flights between Nairobi and London