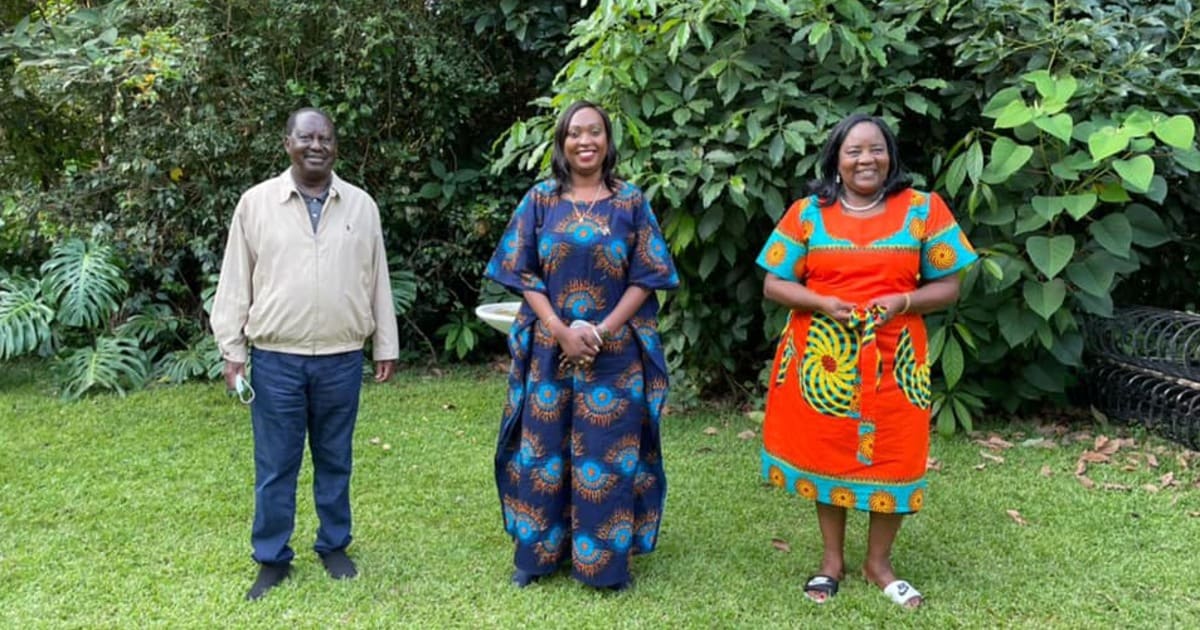 Acting Nairobi governor Anne Mwenda Kananu on Thursday, April 15, called on the Odinga family at their residence in Karen, Nairobi.

Kananu has recently been in a blossoming camaraderie with ODM leader Raila Odinga, often reiterating that she is a product of the 2018 handshake.

With the motive behind the Thursday visit remaining unclear, the former prime minister revealed that Kananu had presented to them a gift in the form of goats.

“Mama Ida and I were pleased to host Nairobi Deputy Governor and acting Governor Ann Kananu Mwenda. Thank you for the gift of goats,” said Raila.

Kananu rose through the ranks to become the Nairobi county chief after the county assembly impeached Mike Sonko.

Sonko had appointed her in 2020 to be his deputy following Polycarp Igathe’s resignation in 2018.

In January this year, she was sworn in as deputy governor after Sonko’s unceremonious exit. The court, however, blocked her from being sworn in as governor.

Kananu eyes the city governorship in the 2022 General Election and is believed to be banking on the support of President Uhuru Kenyatta and his handshake brother Raila Odinga.

“I want to thank President Uhuru kenyatta and Hon Raila Odinga. I am the first born child of the handshake and I won’t let them down. I will contest for Nairobi city governorship come 2022,” she once said.

The DJ, since taking office, has been advocating for “clean politics” focusing her radar on service delivery.

She vowed to work closely with both the Nairobi County Assembly and Nairobi Metropolitan Services (NMS) Director General Major General Mohammed Badi and his team.

Before Kananu’s entry, the governor’s office had been occupied by the Nairobi County Assembly Speaker Benson Mutura who was also in an interim capacity after the sledgehammer fell on Sonko.