50 students in hospital following night fire at a Kenyan school

50 students in hospital after fire incident

Did doctor kill his children with insulin injection? 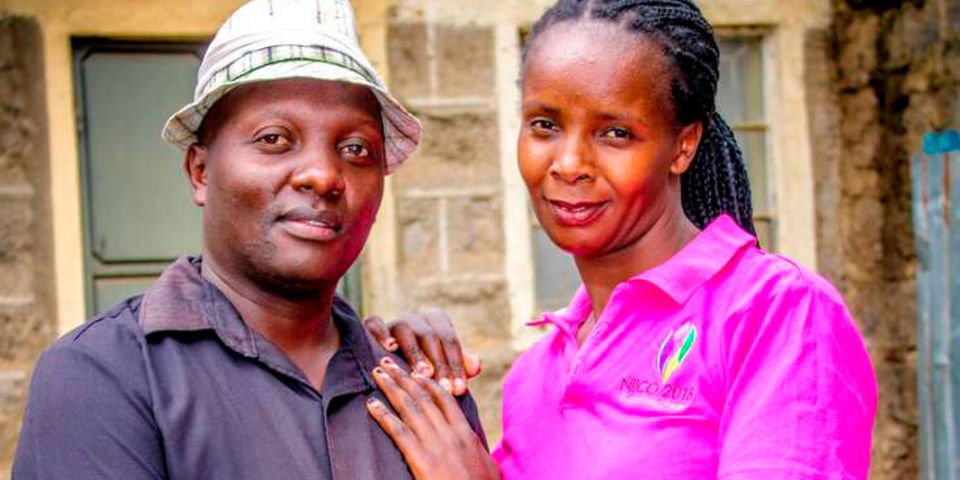 A problematic lung and two broken relationships are a heavy price to pay for alcoholism, but that is what it cost Joseph Muchwe Karanja, a TV presenter and activist.

The 38-year-old recovering alcoholic is a man with a story and a half to tell, which explains why he is a passionate advocate against alcohol and substance abuse.

They say some addictive lifestyles stem from peer pressure, and what he picked from his friends turned out to be a habit that almost cost his life. It began as a ‘cool’ thing to do on outings with friends shortly after completing high school. His first time drinking alcohol left a bitter taste in his mouth, but this did not discourage him, and with time he became addicted to it.

“The year 2005 can be described as the year I descended down the pits of alcoholism. By then, I was in the National Youth College, Gilgil, and like fellow youths in the programme, I was looking forward to the passing out parade and graduation later that year after four years of rigorous training,” he says.

But that was not to be. By then, he was consuming harmful alcoholic spirits and chang’aa, and would at times report for duty drunk or nursing a giant hangover.

After his basic training, he was posted at Lambwe Valley in Homa Bay County where chang’aa was in plenty, and later to Ruaraka near the capital city where alcohol flowed like a river.

Drowned his sorrows in alcohol

“A few months to the graduation, I received my dismissal letter due to indiscipline and wanting conduct.”

He had wasted three-and-a-half years, he had nothing to show for that time. He returned to his home village and immersed himself into alcohol to console himself and escape the shame he had brought his parents.

“Anything alcoholic, be it chang’aa or harmful spirits, as long as it gave me a euphoric feeling that would help me forget my sorrows, it was welcome,” he recalls.

He was more than an addict as the cursed drink was the elixir of life to him. It reached a point where he could not function without alcohol. And if he did not take a glass of it, he would shake uncontrollably.

“I could not function unless my body was fortified with alcohol, any type of alcohol. I remember my trembling was so bad at times that someone had to hold the glass for me so that I could drink from it,” he says.

Spent all he had on alcohol

He was surviving through any odd job that came his way, and every coin earned would go to fund his drinking habit. By then, he had neglected himself and was dirty and unkempt. His drinking not only affected him, but his family as well. To say he brought total shame to his parents is not an understatement.

“Several times I was arrested for being drunk and disorderly, and they would come to bail me out from police custody, or they would pick me from roadsides having passed out on my way home from drinking dens.”

His parents spent lots of money trying to rehabilitate him, and his treatment whenever he became ill, but this care and concern did not move him. He was too far gone.

When he was diagnosed with tuberculosis in 2011, he was forced to stay off alcohol for eight months. It was during that time of sickness that he discovered he had a talent in writing and was gifted in public speaking. After he regained his health, he formed an acting group which would go on to become popular. They would perform plays, skits and Swahili poetry.

“I even compiled a collection of mashairi (Swahili poetry) which, unfortunately, I lost.”

On the path to the mend

Unknown to others, even as he lay in bed sick, he greatly missed alcohol and could not wait to complete medication and gulp a bottle.

“Everybody saw the changes in me and thought my past with alcohol was over, but they were wrong, because shortly after the TB treatment was over, I took from where I left off. And to compensate for those missed months, I would drink until I passed out.”

His saving happened in 2013. He called a friend of his, a faithful drinking buddy, and together, they made their way to a den near their home area. They spent the better part of the day there, but at some point, his friend left. Alone, he found himself reflecting on his life, something he had never done before.

“I asked myself if I was destined to lead a life where alcohol seemed synonymous with my name. There and then, I made the decision to stop drinking. I got up, paid my bill, walked home and informed my mother that I had stopped taking alcohol for good.”

His surprised mother told him she believed God would answer his prayers, which she had been praying for his change for a long time, and had not given up on him.

“I went to my room, knelt by my bed and said a prayer to God. I prayed like my life depended on it, and in this prayer, I asked God to change me, and asked Him to completely destroy me were I to touch alcohol again. With that covenant made with my maker, I stopped drinking.”

The cost of alcoholism

“I married when I was 23 years old, and had a daughter from that relationship, but because I was an irredeemable alcoholic, my marriage broke down after only six months and my partner walked out with our daughter,” he says.

He remarried, but the second relationship lasted briefly, owing to his drinking and irresponsibility. Moreover, he adds, alcohol robbed him of what he would have achieved by now had he had made sound financial decisions and invested his money, say, in a business. Alcohol also robbed him of his dignity, respect and health. The bout of TB, he explains, left him with a damaged lung that at times leaves him out of breath.

Picking up the pieces

Beginning life on a new slate presented him with opportunities. Thanks to his public speaking skills, he gets a variety of emceeing jobs from which he earns a living. Four years ago, he met his current wife Ann Waithera.

“I was emceeing at a wedding in Limuru, and joked that I was single and looking for a life partner. At the wedding, there was a woman distributing envelopes to the guests, and after the end of the ceremony, she approached me and we exchanged contacts,” he says.

Ann is a parent of one, a son whom Joseph adopted, he is now 15 years old.

“She knows of my dark past and previous relationships and has accepted me as I am. I’m now a very responsible husband and father to our child. What I have learnt is that for marriage to succeed, the man has to be responsible and treat his wife like a queen, this way, the wife reciprocates by treating her husband like her king,” he says.

He assures youth that quitting drugs or alcohol is possible as long as one is committed to making that change.

Joseph goes out of his way to reach out to addicts, whose lives he helps change for better.

“I am part of a programme that targets young people, where we bring them together and train them on a variety of life skills, we also teach them about their health and expose them to career choices open to them. I also hold forums where I invite them for a meal and a group talk with the aim of helping them to open up about the challenges they’re going through.”

The program, which has been running for six years, has several success stories of youths who have stopped taking alcohol and overcome substance abuse. His programmes are supported by Agape Givers Trust and Let’s Show Them Love, both charitable organisations.

His experience has taught Joseph that life is about making conscious decisions and that everything one needs is in your hands.

“One day I’ll make it. At the top of every mountain is the beginning of another mountain, so I keep on climbing.”