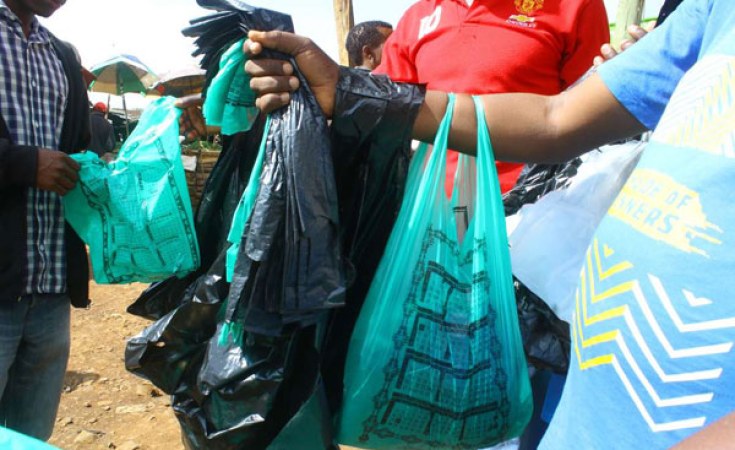 According to a survey done by four environmental organizations, single-use plastic bags continue to readily find their way into Kenyan ports, primarily from Uganda and Tanzania.

The bulk of single-use plastic bags remain unbranded to avoid being traced back to manufacturers, according to a report titled “illegal trade and smuggling of plastic bags in the East African Community bloc.”

To effectively implement the ban, the government must improve the efficiency of the officers manning the porous borders across the East African Community entry points, according to the four environmental organizations: Centre for Environment Justice and Development (Kenya), Nipe Fagio (Tanzania), Bio Vision Africa (Uganda), and Global Initiative for Environment and Reconciliation (Rwanda).

“More vigilant searches on the border points should be conducted to reduce consumption through awareness and education on the implications of continued use of single-use plastic bags on human health and the environment at large,” said the study.

To combat the illegal traffic of plastic bags across the trading bloc, the report proposed that governments identify more sustainable subsidized packaging alternatives.

To achieve this objective, the four organizations also proposed subsidizing the cost of creating biodegradable packaging materials, which would provide a more environmentally friendly alternative to plastic bags.

“The EAC should develop and harmonise regional laws and enhance regional cooperation by putting in place regional instruments to support the elimination of manufacturing and illicit trade of harmful plastic bags across the borders,” read part of the recommendations.

Strengthening surveillance of lawbreakers and empowering implementing bodies, according to the report, will go a long way toward reducing illegal commerce.

The National Environment Management Authority (Nema) in Kenya was encouraged by the research to crack down on large-scale makers and suppliers of single-use plastics.

Single-use plastics, such as plastic bags, have contributed to a number of environmental issues, including the obstruction of water channels and the prevention of water penetrating into soils, resulting in land degradation and a significant reduction in food production in the region.

VIDEO: Kenyan suspected of murder in US believed he was killing the devil – Lawyer