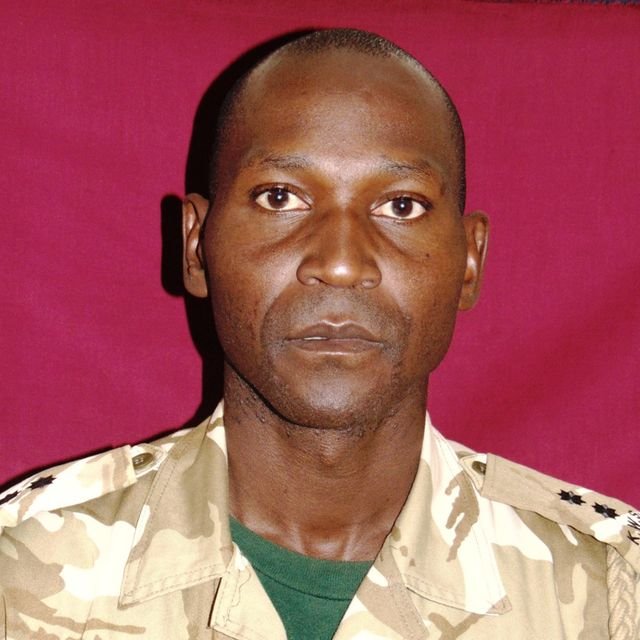 A brother of the KWS Nyeri Company commander said on the day he fell under a hail of bullets, he had called to say that he felt unsafe.

In another pointer to possible premonition about his death, the 43-year-old officer who used pictures of flora and fauna on his WhatsApp profile had posted words that depicted a man in distress.

“When God is about to take you to a greater level, everything will go crazy. Friends will betray you. You will be left alone. In that very moment, God will be your only source and He alone will take the glory,” the post read

A sibling said the third-born in a family of 10, who had many dependants, had warned that his life was in danger.

“He had reported that his life was in danger and even called me. He was the strength of the family as he was supporting us since only two were employed.

“He was coordinating tracking of suspected poachers who were targeting rhinos. He was a thorn in the flesh of the poaching cartels,” said the sibling.

“Initial investigations indicate he was felled by professionals who even collected all the spent cartridges from the scene and seem very well trained… Police had said they killed him but are now distancing themselves after they realised he was a senior KWS officer,” the sibling went on.

In his line of duty, Kofa is said to have constantly encountered threats but remained unbothered. He was tasked with ensuring maximum security at Solio ranch, which is key to the protection and breeding of black rhinos, which have in the past been plagued by constant poaching.

However, in the days prior to his death, he was concerned about his security and was allowed to keep a gun, which he always had in his inconspicuous saloon car.

Kofa had picked up his daughter from Kagio in Kirinyaga County and dropped her off at Nkuene Girls High School in Meru County and was returning to his base when he was gunned down.

Witnesses said he was being trailed by two Subaru Outback cars that caught up with him just outside Meru National Polytechnic, along the Meru-Nanyuki road.

“He realised that something was amiss and started speeding. However, he could not outrace the two vehicles,” said a witness. One of the vehicles sped alongside his as his attackers opened fire.

They sprayed his vehicle with bullets, deflating the front tyre and injuring the decorated officer in the thigh and waist.

He lost control of the vehicle and it landed in a ditch. Shortly after, one of his attackers walked over to the officer’s vehicle and shot him dead.

When they were done, they picked up the spent cartridges and left.

A postmortem conducted last week indicated Kofa had multiple gunshot wounds and that three that hit his head were fired at close range.

Imenti North police boss Alexander Makau had earlier said they did not know the identity of the killers but claimed Kofa was a criminal.

KWS spokesperson Paul Jinaro, while confirming that Kofa was their officer, said he could not comment on the investigations as that is the work of the police.

The body was taken to Montezuma Monalisa funeral home and he will be buried on Friday at his Kipini Matangeni village home in Tana River County.