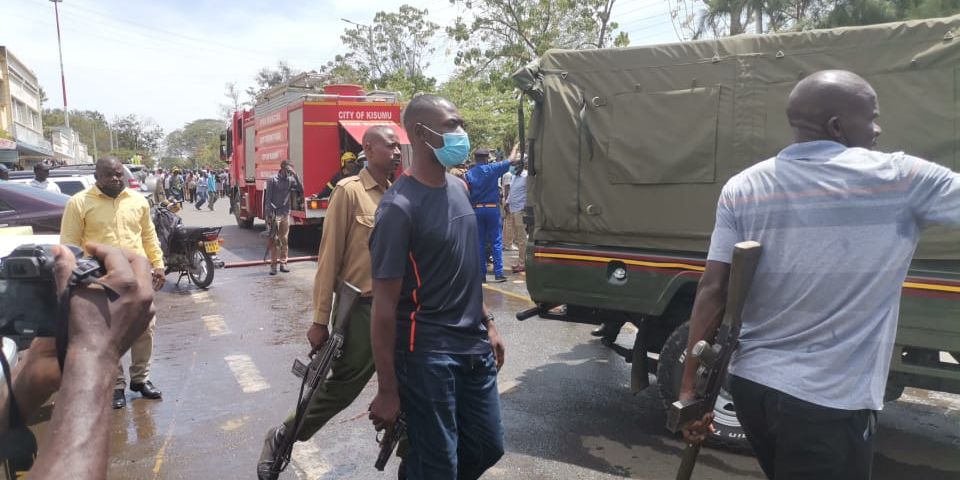 Drama unfolded at 11 am when robbers raided Equity Bank’s Kisumu Ang’awa branch and demanded cash from one of the tellers, who instead raised the alarm, prompting the guards to lock the doors.

According to Nyanza Regional Commissioner Magu Mutindika, he termed the suspects as “intellectually smart”, as they “used very strong teargas to unsettle police, who had surrounded the building”.

To facilitate their escape, the robbers allegedly threw tear gas canisters at the officers, which created confusion as customers scampered for safety.

“They took advantage of the confusion caused by the melee to escape,” said Mr Mutindika.

In a video that has since gone viral, heavy gunfire could be heard from the building housing the bank after police stormed in and engaged the gangsters for almost three hours.

The operation led to a partial lockdown of the busy Ang’awa Street.

Police now say all the 20 people evacuated from Equity Bank, Angawa Avenue branch in Kisumu, on Tuesday were genuine clients and employees.

Mutindika said the 20 evacuees, who were taken to Central Police Station, would be subjected to interrogation to ascertain their motive in the banking hall.

VIDEO: Certified Homes feted as the best Company in giving back to the community