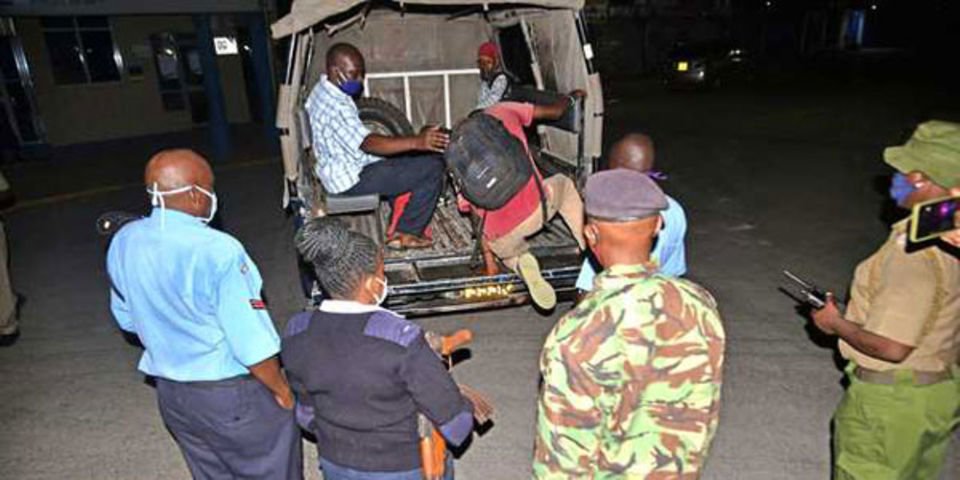 The latest incident was reported on Saturday night when officers from Kehancha were attacked as they attempted to arrest revellers who had locked themselves up in bars, drinking past the stipulated hours.

Mr Kibiton Boino, the officer in-charge of Kehancha Police Station, said revellers pelted the police vehicle with stones. Others armed with knives confronted the law enforcers and attempted to stab them before they were overpowered and arrested.

“My officers raided the pub located at Ikerege trading centre but the revellers resisted and turned violent. They pelted the police vehicle with stones and even attempted to stab one of the officers with a dagger, ” Mr Boino said.

Similar attacks on laws enforcers have been reported at Awendo trading centre where four police officers were injured after rowdy gangs descended on them with weapons.

Police officers in the region have arrested 10 suspects and impounded three motorcycles used during the attacks. Two knives were also recovered.

At the same time, a suspect is held at Kehancha Police Station after he was found in the company of two students from Maeta Mixed Secondary School.

The suspect’s vehicle was involved in an accident at midnight after he left a party while in the company of the students.

Kuria West police boss Cleti Kimaiyo said police have been forced to raid bars and break up parties, including some being held in homes.

Mr Kimaiyo said some residents had turned their homes into drinking dens.

“Police have vowed not to relent in enforcing the law. We’ve apprehended several suspects who have been engaging in crime during the curfew period,” he said, and cited cases in which police have been forced to break doors to gain access into homes with illegal gatherings.

On July 10, police officers from Awendo were attacked at Dede trading centre and their vehicle pelted with stones as they tried to close down a cattle market. Awendo sub-county police commander Mary Wakuu later held a joint security meeting with the residents to calm tensions.

In neighbouring Rongo town, police were forced to shoot in the air to disperse motorcycle operators who had defied the curfew regulations. Some of the riders were armed with crude weapons and are suspected to be involved in robberies.

“We won’t condone civilians attacking officers on duty. The war against the Covid-19 pandemic is a collective responsibility and the community must ensure it abides by the set containment measures,” Mr Mwangi said.