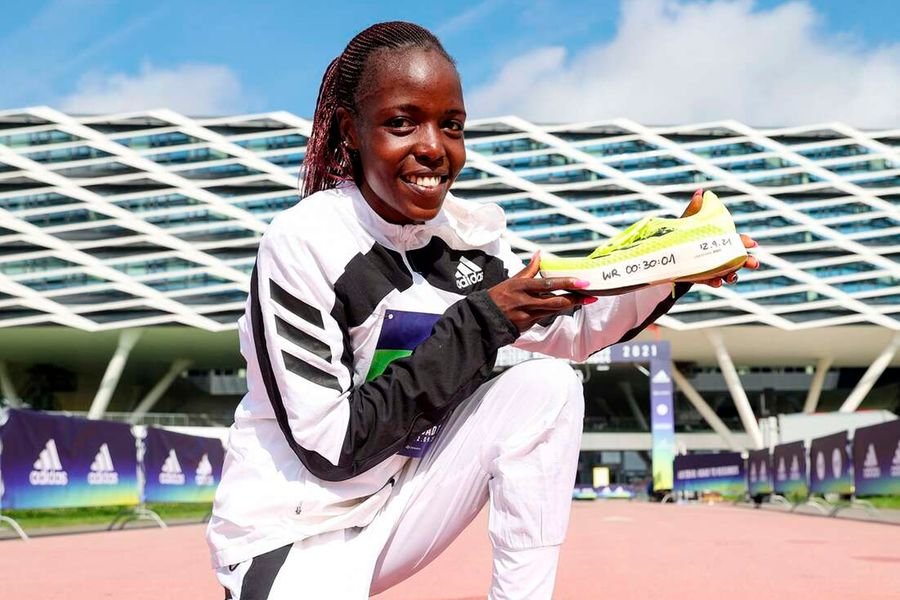 Rotich, who is the key suspect in the murder of the 25-year-old two-time World Championships medallist, was apprehended by police in Changamwe, Mombasa on Thursday night after being trailed for two days.

Tirop was found dead in her bedroom in their home in Iten, Elgeyo Marakwet County on Wednesday with stab wounds.

Rotich was immediately named by police as a the key suspect in the death of the Olympian, whose death has re-ignited calls for the return of capital punishment in the country.

Nation Sport understands that Rotich was arrested in one of the police stations within Changamwe Police Division where he had gone to visit a relative. The said relative tipped his bosses who set a trap for the man who has been on the run since his wife was found dead early Wednesday.

Coast Regional Commissioner John Elungata confirmed that Rotich was in custody awaiting to be transferred to Nairobi early Friday morning where he will be taken to court.

Tirop was killed just a month after she broke the women-only 10km world record at an Adidas event in Germany, with a time of 30:01, dipping 28 seconds inside the previous record.

“Kenya has lost a jewel who was one of the fastest rising athletics giants on the international stage, thanks to her eye-catching performances on the track,” Athletics Kenya said in a statement Wednesday.

AK boss Jackson Tuwei had earlier on Thursday cancelled the cross country events scheduled for the next two weeks to allow the country to mourn the athlete who had been described by President Uhuru Kenyatta as a hero.

“It is unsettling, utterly unfortunate and very sad that we’ve lost a young and promising athlete who, at a young age of 25 years, she had brought our country so much glory through her exploits on the global athletics stage,” Kenyatta, who is in the United States of America in an official tour, said in a statement.

“It is even more painful that Agnes, a Kenyan hero by all measures, painfully lost her young life through a criminal act perpetuated by selfish and cowardly people,” said Kenyatta before asking the police to track down those behind her death.