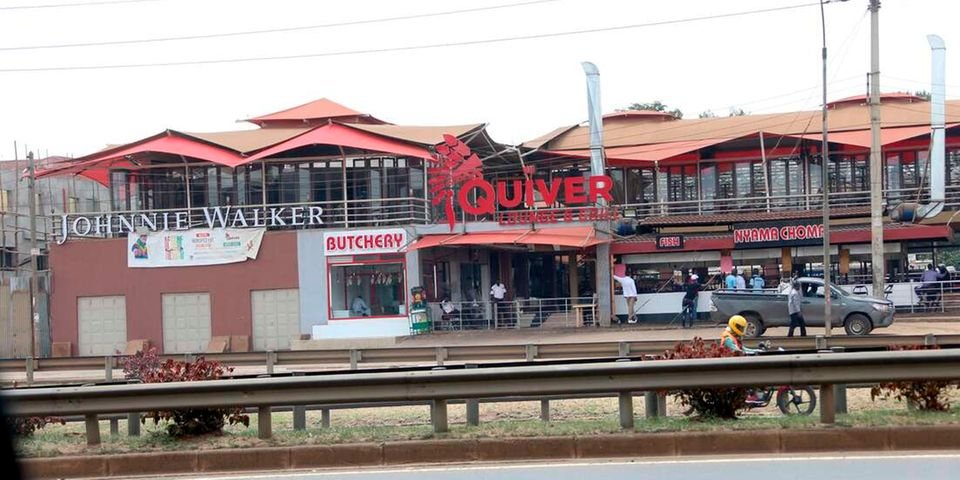 Police in Nairobi have stepped up the hunt for a gunman who shot three people inside Quivers Lounge on Thika Road on Friday night. They say the man who shot two police officers and a woman is a civilian who is armed and dangerous.

“The more he continues to be on the run, the more we continue to categorise him as a terrorist because all his actions amount to what is defined as an act of terror,” Kasarani Sub-county Police Commander Peter Mwanzo told the Nation yesterday.

On Friday around 9.30pm, officers from Kasarani Police Station received a report that two officers allegedly had an argument over a woman, resulting in a shoot-out.

CCTV footage seen by the Nation shows the man approaching the officers and, after a brief chat, draws his gun and fires three times. The gunman, suspected to be a civilian, then flees. The assailant, who was dressed in a white shirt, reportedly exited the restaurant through the rear entry where he had parked his car — a Toyota Landcruiser.

One of the officers and the woman were rushed to Nehema Uhai Hospital for first aid. The officer was later transferred to Nairobi Hospital.  The other officer checked himself into Radiant Hospital in Pangani where he was treated and discharged.

“Two of the victims are in serious condition while the other is stable. We are looking for the owner of the car to know who had it on this day,” said Mwazo.

One of the officers has since been arrested.

“We are closing in on him. It is clear he wanted to shoot at the officer, a premeditated action that is criminal and dangerous. The motive of the shooting remains unclear,” added Mr Mwanzo.

Police said the victims were among the last officers to leave the venue where they were attending the birthday party of Kasarani OCS Chief Inspector Benard Ongoro. Detectives have collected spent cartridges at the scene which will today be subjected to ballistic tests.

Meanwhile, a postmortem examination on the body of Karen Directorate of Criminal Investigations (DCI) boss Anne Wanjiru Waiganjo who collapsed and died while attending a colleague’s farewell party at a restaurant in Upper Hill on Saturday is scheduled for this morning.

According to her colleagues, Wanjiru collapsed shortly after arriving at the hotel. She was rushed to Nairobi Hospital where she was pronounced dead on arrival. Some said she had complained of chest pains while at the party.

Nairobi regional commander Augustine Nthumbi said the cause of death is still unknown.

“As of now, we cannot say if there was foul play. We are waiting for experts to inform us,” he said. Wanjiru was the younger sister of Joshua Waiganjo, who was arrested after allegedly posing as an assistant commissioner of police for five years but was later acquitted by the court.

READ ALSO  The Inspiring Story Of A Bright Boy From Mbeere, Embu.

She had a matter before court where she is said to have been married to Inspector David Murimi and David Mbitu Muchi of Kenya Prisons Service, before filing for divorce. Official records show that she got married to Mr Mbitu in 2009 in church but later married Murimi in 2012 at the Attorney General’s office.

The incident was reported at Capitol Hill police station.

Related Topics:NewsQuivers Lounge
Up Next