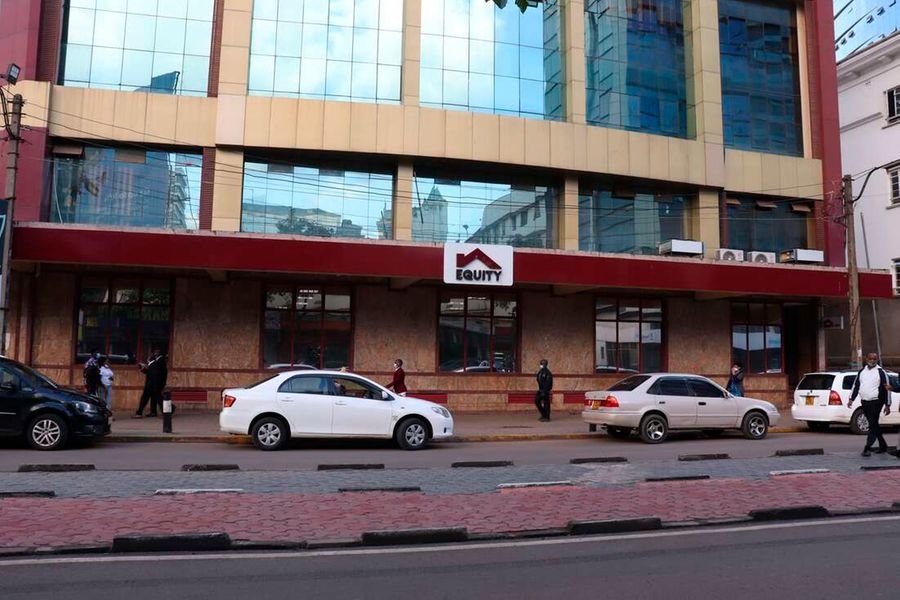 Police are looking for a gang of men that attacked and robbed an Equity Bank outlet in Matuu on Tuesday morning.

They then accessed the banking premises and proceeded to harass employees and customers who were present.

A security team, in response to alarm raised, arrived shortly after but the officers were repulsed by gunfire from inside the bank.

The whole robbery took about 10 minutes with the gang managing to get away with an unknown amount of money.

An alert issued by the police in Machakos after the incident reads: “All commanders be on high alert this morning at Matuu Equity Bank. We had a robbery where our officers were robbed of their firearms.”

“OCS Matuu is in hot pursuit. The robbers are on foot, they may use motorbikes to escape from our areas. Cascade the same to all officers on the ground,” adds the police communication.

READ ALSO  Nameless thanks fan for giving him space
Related Topics:Equity Bank heistNews
Up Next