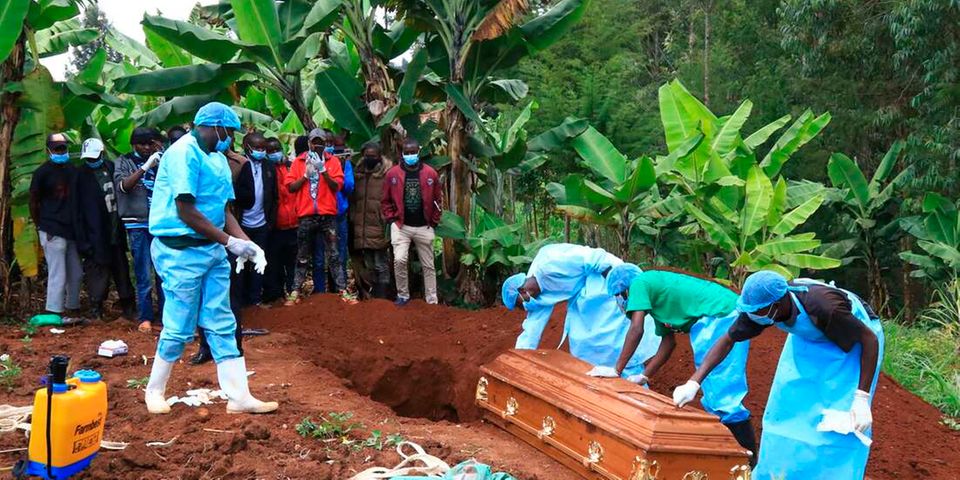 A clandestine affair between a man and his lover has morphed into a murder investigation after the woman buried him in her property following his controversial death.

Mr Hudson Benjamin Wanjohi’s body was exhumed Friday at Kagongo in Tetu, Nyeri County, following a court order. It emerged that the woman, Ms Lucy Muthoni, dodged a scheduled autopsy and went behind detectives and family to bury Mr Wanjohi two days before the exercise was conducted.

Mr Wanjohi’s son, James Wanjohi, reported the matter at the Nyeri Police Station as a case of sudden death.

The National Coroner Service Act of 2017 states that if a person dies suddenly and the cause is unknown or if the death occurs while in the care of a person or an institution such as a hospital, it should be investigated.

According to the Act, police are also mandated to investigate death that occurs in a circumstance that may require an investigation under any other law within the authority of the coroner-general. Police ward commander Gitonga Mwimbi had informed the Nyeri Provincial General Hospital Mortuary on May 15 that an autopsy was to be carried out on the body.

But it emerged that Ms Muthoni, who had registered herself at the mortuary as the next of kin, secretly and hurriedly took the body on May 22 and buried it on her property in Tetu.

The Directorate of Criminal Investigations (DCI) in the region instituted a suit against Ms Muthoni and the Nyeri Provincial General Hospital Mortuary as the first and second respondents.

In an affidavit written by the investigating officer Zablon Wambani filed before the principal magistrate Nelly Kariuki, the court was told that the DCI was investigating a criminal case of suspected murder.

Senior Sergeant Wambani said that Mr Wanjohi’s son James had reported that he suspected foul play in his father’s death.  He claimed that his father had been cohabiting with Ms Muthoni until he met his death.

The affidavit by Mr Wambani also showed that the OCS had written a letter to the mortuary informing them that the post-mortem would be conducted on May 19.

But the date was later postponed to May 24, after Ms Muthoni requested that it be carried out by a pathologist of her choice, whom she was to appoint privately. This was after a court intervention.

“The decision had been unanimously accepted by all the family members, even the second respondent,” said the investigating officer.

According to Mr Wambani, the mortuary faulted when it released the body without seeking consent from OCS Mwimbi considering that it had received a notification for autopsy.

An affidavit written by James, Mr Wanjohi’s son, showed that his father died on May 10 while at the Nyeri Provincial General Hospital.

He says the old man was lawfully married to his mother in 1978 and that they lived in Maragi in Murang’a County where they had built their matrimonial home.

In the sworn affidavit, he said he didn’t know about the existence of Ms Muthoni until May 14, when he visited the mortuary for a follow-up.

He was told that there was a lady claiming the body and  had indicated in the mortuary documents that she was the next of kin and was requesting to bury him.

“It was then that I asked for her mobile phone number from the mortuary,” he says in the affidavit.

He recounts that through the help of his uncle, who also lives in Tetu sub-county, he learnt that Ms Muthoni was a widow.

He told the court that he conducted his own investigations and obtained an old search certificate from Ms Muthoni’s relatives, which revealed that the property she wanted to bury his father on belonged to her late husband.

Principal magistrate Kariuki on June 17 noted that it was peculiar that the post-mortem was not conducted as the court had ordered.

She added that the respondent’s actions showed a lack of good faith.

The magistrate ruled that the cause of death should be established for the family to get closure.

Following the ruling, on June 21, the DCI acquired an exhumation order from the court.

While the OCS at the Nyeri Police Station was asked to provide security during the exhumation exercise.

She also ordered the Consolata Mission Hospital Mortuary in Nyeri to preserve the body after the exercise.