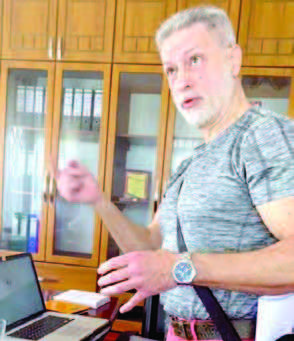 Security at the Jomo Kenyatta International Airport (JKIA) has been heightened after a foreigner allegedly attempted to smuggle gold worth Sh620 million through the airport to Budapest.

The consignment was moved to Uganda after attempts to ship the commodity to Budapest hit the wall.

Ferreira, a 67-year-old economist based in Hungary, is said to be a shrewd businessman who has close ties with some prominent leaders in Africa.

Sources say he was a football agent in Portugal before he shifted his base to Budapest where he is said to be involved in gold smuggling.

A senior DCI officer yesterday told People Daily Ferreira (pictured) opened a company in the country with the help of a Nairobibased lawyer.

“Our investigations have revealed a lot. The foreigner opened a company purporting to be dealing in, among other things, gold business. We are however on high alert to ensure that smugglers do not use Kenya as a transit point,” he said.