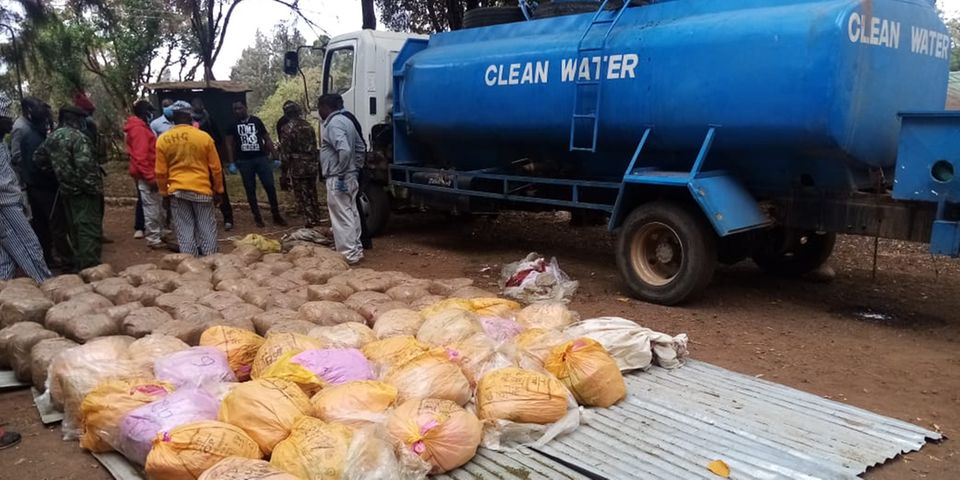 Police in Marsabit have impounded a water bowser in which 561kgs of bhang, estimated to be worth Sh16 million had been hidden.

The water truck was seized at Gas area in Laisamis.

“On March 17,2021 at around 1.15am, a  multi-agency security and ASTU officers acting on intelligence impounded a lorry loaded with more than half a tonne of cannabis sativa worth Sh16 million [in] street value in Gas, Laisamis Sub-County,’’ Mr Wachira said.

He said that upon search, the police found the vehicle’s rear compartment loaded with 561 kilos of the drug.

The occupants of the vehicle, whose destination could not be immediately established, abandoned it upon noticing the officers.

It was towed to Marsabit Police Station and processed before handing it over to the DCI Headquarters in Nairobi where thorough investigations will be conducted.

Mr Wachira said he was shocked by the constantly changing ingenuity by drug cartels seeking to evade police dragnets.

READ ALSO  Kenyans in US and other countries can book appointment here to register to vote
Related Topics:Josephat WachiraNews
Up Next

Day Magufuli had his wife were admitted to public hospital