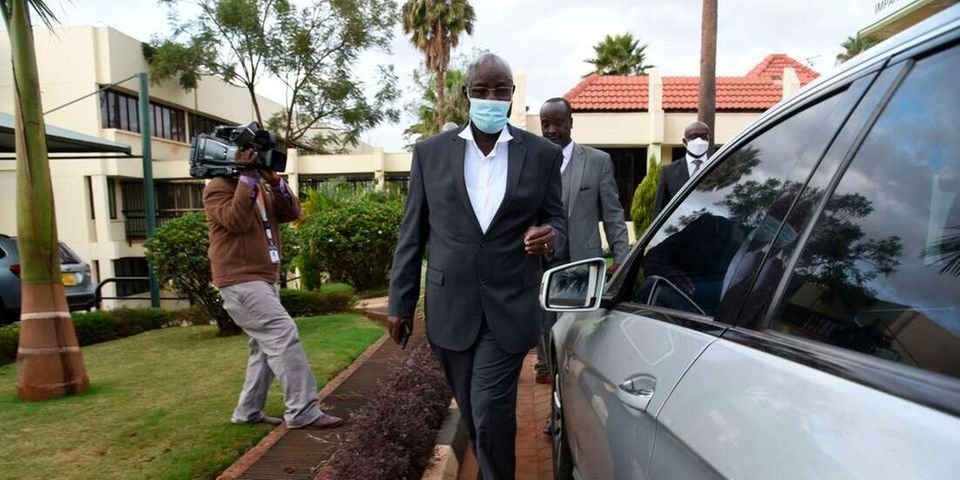 Police found $50,000 in the chamber of Justice Aggrey Muchelule and $7, 000 was recovered from Justice Juma Chitembwe during the raid last week, the Directorate of Criminal Investigations (DCI) has claimed in court papers.

According to Chief Inspector Felix Karisa, the DCI had received intelligence on July 21 at 3pm that after a series of meetings between certain judges and the brokers a Sh7 million bribe had been agreed upon and it was to be delivered to the residence of a judge at 7pm.

In the affidavit, he claims the time and venue of the exchange was abruptly changed.

The meeting was rescheduled to July 22 at 7.45am at Chamber 233 within Milimani law courts.

The police argue given the sudden changes it was impractical to obtain a court order to carry out the search.

According to Mr Karisa, they laid an ambush at the area from 7.30am to 2pm when they were informed the exchange would take place at Chamber 230. The meeting was allegedly being facilitated by Justice Chitembwe the occupant of Chamber 233.

It’s following the search in Justice Muchelule’s chamber that the woman was found with $50,000 and Justice Chitembwe allegedly had $7,000.

Justice Muchelule was on his way to deliver pending judgments, while Justice Chitembwe was attending to a law student when detectives stormed their offices that are just a wall apart and arrested them.

Detectives searched both offices before taking them to the DCI headquarters for questioning. The judges’ lawyer Danstan Omari later told journalists that the detectives were searching “for money” but “did not find even a single penny”.

Both judges were released after 6pm, with DCI boss George Kinoti refusing to address journalists who had camped at his Kiambu Road offices for more than four hours waiting for an official statement on the arrests.

The suspected bribe was to be delivered to the residence of an unnamed judge, DCI said in court papers.

Justice James Makau has extended orders stopping the arrest and prosecution of the two judges.