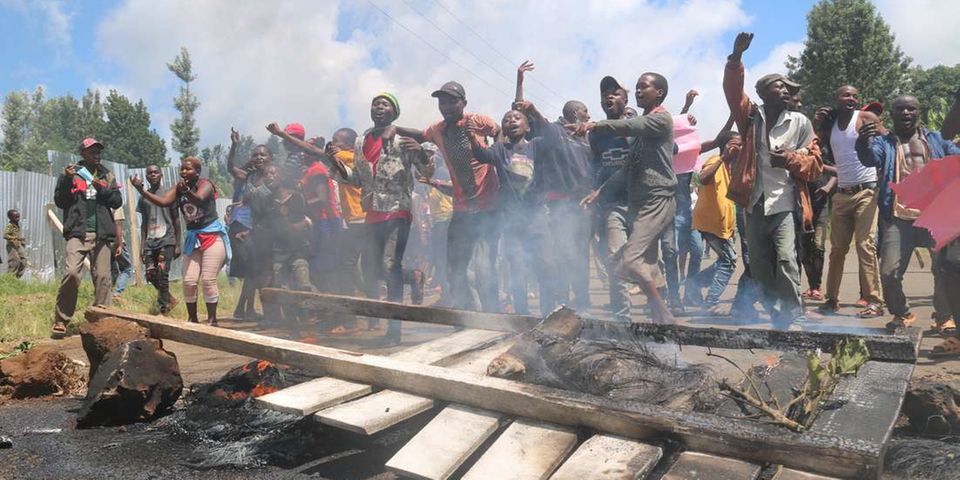 On December 17, 2020, as most people were busy preparing for the Christmas festivities, three men were abducted by people suspected to be police officers in broad daylight.

Mr Joseph Giteme, Mr Charles Kalung’e, and Mr Bernard Miriti were returning to their Athimba village home in Igembe South when three men riding in a Subaru car blocked their Toyota Probox. Motorists plying the Meru-Mikinduri route barely noticed the commotion that ensued near the Mulathankari flyover as the three men were subdued and herded from their car in a precise operation that lasted barely over a minute.

The shocking account was narrated by a woman who was working in a nearby farm.

For six weeks now, the trio has been missing. Friends and relatives of the three endured emotional and psychological torture trying to search for them.

Their last phone signals were traced to Anchenge hills, a rugged outcrop some eight kilometres from Maua with punishing cold temperatures, on the same day they went missing. Hope of finding them alive is fast waning, with every trail turning cold in a crime that has horrified and shocked many.

Mr Giteme is a person of interest in the attempted murder of lawyer Kirimi Mbogo and is facing charges in a different case where the lawyer and three witnesses have been placed under witness protection.

Mr Miriti, 31, is Giteme’s stepbrother while Mr Kalung’e, 58, is an uncle to Giteme’s wife, Purity Makena. Mr Kalung’e is reportedly ill and was on regular medication and rest before he went missing and his family is worried over his well-being.

READ ALSO  Clarification: Kenyans outside the country can still fly in despite the latest lockdown

Relatives have now turned their frustrations on the police, whom they accuse of disinterest in and ignoring crucial facts. Kanuni MCA Josphat Mugambi said they had provided leads that, if pursued, could lift the lid on the perpetrators who had trailed Mr Giteme for days.

Mr Mugambi said they have provided the police with the number plate of the vehicle involved in their abduction. Two days before the abduction, it was seen at Mr Giteme’s gate ostensibly carrying out surveillance.

When Mr Giteme’s child went to open the gate, the vehicle quickly drove off but soon resumed slow to-and-fro drives near the home. Mr Mugambi said the case aroused enormous interest, with Governor Kiraitu Murungi petitioning DCI George Kinoti, who dispatched three sleuths from Nairobi to help in the probe.

“The police have been telling us that they are investigating the matter,  but it’s now been over one month. We feel that the police are sleeping on the job and that the government could be involved,” he said.

Ms Makena said the family is broke with the children yet to go back to school due to lack of fees. She said two police officers known to them had approached the vehicle, registration number KCT 716 J, and were informed that the three occupants were police officers working on a case.

Still unsatisfied, Mr Giteme linked up with another police officer based in Maua who pursued the vehicle up to Farm on the Meru-Maua road where the occupants reportedly gave the same explanation.

READ ALSO  Why doctors had to cut 3kg off my breasts

“When he (Giteme) came back, he appeared shaken as if he had been told something shocking. He was so disturbed that he didn’t even sleep at home that night. The children are crying asking for their father. We are afraid of even going to the farm because we don’t know what will happen to us. We we don’t know whether they are dead or alive,” said Ms Makena.

Mr Mugambi said the family has been constantly tormented with calls and they dutifully take the numbers to the police.

One such number had claimed that the three had been spotted at Shimo La Tewa maximum security prison but it turned out to be a hoax.

“We supplied the police with the name of the caller since he is known to us and even the phone number he is currently using but it seems police are not doing anything,” he said.

The Igembe South security team led by deputy county commissioner Joseph Sawe and sub-county police boss Henry Akango have remained tight-lipped. They said they have not established the identity of the people in the car.

“We also heard the allegations that there were people who claimed to be police officers and we are investigating. Let’s all be patient as the probe continues,” said Mr Sawe.

Related Topics:Mr Bernard Miriti
Up Next