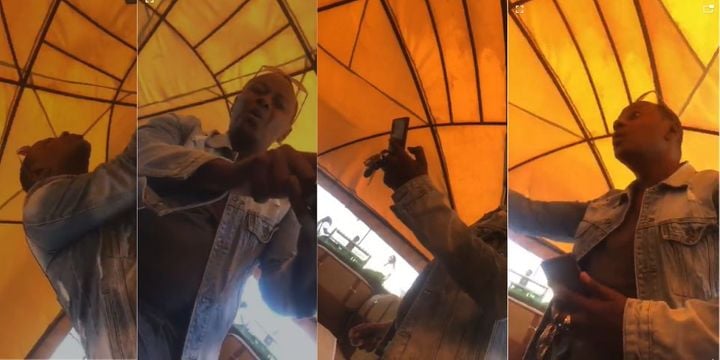 The Police has asked the woman seen on film while being harassed by her boss to submit an official complaint on the event.

The bar owner is heard threatening the woman who was seeking payment for her wages in the video that has since gone popular on social media.

“You don’t know who I am. I talk directly to The President. There is nowhere you can take me. If I decide I can open for you charges that will ground you for life,” the owner is heard saying.

Rixxos club Kitengela owner, Abusing a Staff and Telling Her "Hakuna Mahali Utanipeleka I Talk To The President Direct" Refused To Pay The Salary Despite Of The Staff. pic.twitter.com/2fRpMKdPGY

Now, the National Police Service in a statement revealed that it has already commenced investigations into the matter however it could not take any action against the bar owner unless a complaint was filed.

“In accordance with the National Police Service to protect and serve citizens we have commenced investigations into the matter. Meanwhile, we are urging the lady in the video to file a formal complaint at any police station to enable us to take the most appropriate action.”  Inspector General Noor Gabow stated.

The police has promised to ensure justice is served regardless of a persons’ social networks and status.

The video has elicited outrage from Kenyans online who have called on the police to get to the bottom of the matter.

READ ALSO  From moods to stigma, battles of bipolar patients
Related Topics:NewsRixxos club
Up Next