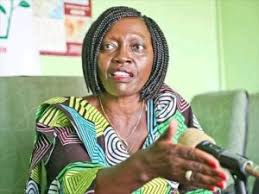 Ksh. 5 Million handed over to a Gubernatorial Candidate and an MP was given by a senior Jubilee Party Official who had lobbied for the money from a top party financier.

The money was meant to boost the appearance of the Jubilee team at the Fundraiser as a show of solidarity.

Ms. Karua who hopes to be the Deputy President to Raila Odinga was scheduled to have a tour of Kajiado County today, Saturday 28, but then it was postponed to next week.

Azimio la Umoja strategists were shocked when the politicians, together with 5 Parliamentary Aspirants boycotted the Harambee and failed to remit the money.

An official at Azimio La Umoja secretariat said they were yet to reach the two as they were said to be in off-network areas.

The Azimio La Umoja team said they wanted the Jubilee team to be part of the Karua journey as is happening in the Mt Kenya Region where Karua has been received by Jubilee candidates.

“Today, we established that after boycotting Karua’s Harambee, the Jubilee team headed to Oloitokitok for the launch of Parliamentary a certain  Candidate.