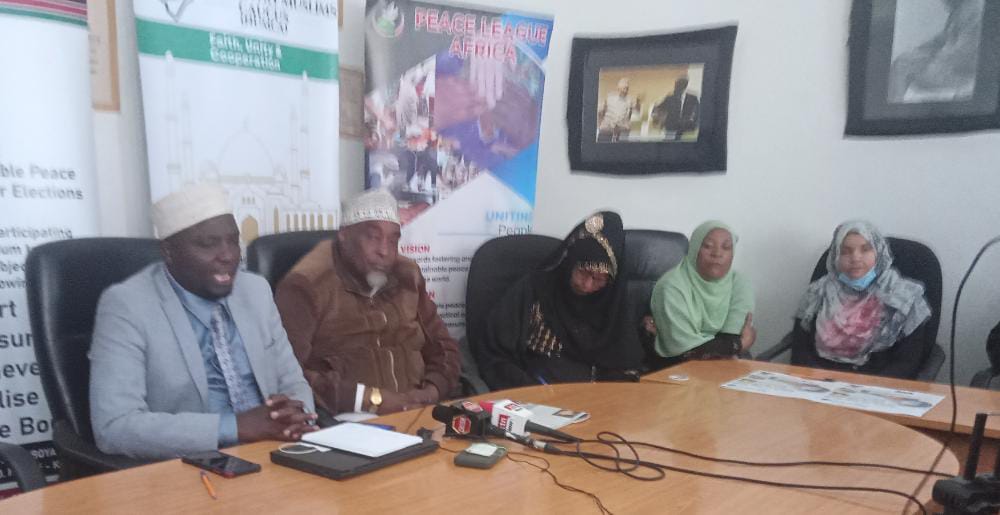 In a meeting with the media, they said politicians have the greatest responsibility of ensuring the country is peaceful as the August 9 elections near.

They said it took time to scrutinize the suitability of Igathe for the Nairobi gubernatorial position as he had a clean track record.

“Nairobians made a mistake in 2017 of electing Mike Sonko as Governor. He surrounded himself with thugs and accessing him was difficult. We need Polycarp Igathe. We sat with him and after listening to him, we realized he is the right man to steer Nairobi to greater heights,” Kinyua said.

He said Igathe will weed out cartels who have held City Hall hostage.

“We share the concern of many Kenyans who cannot afford maize flour which costs over Ksh 200 while wheat floor costs 220 and rice one kilogram at Ksh 150. Also, bus fare has been raised due to the high cost of petroleum products. What is the government and those politicians doing about the situation? he asked.

National Peace League Woman leader Ms. Zulekha Abdi offered that in case of a crisis, it is women who suffer the most and urged women to support their fellow woman in this election.