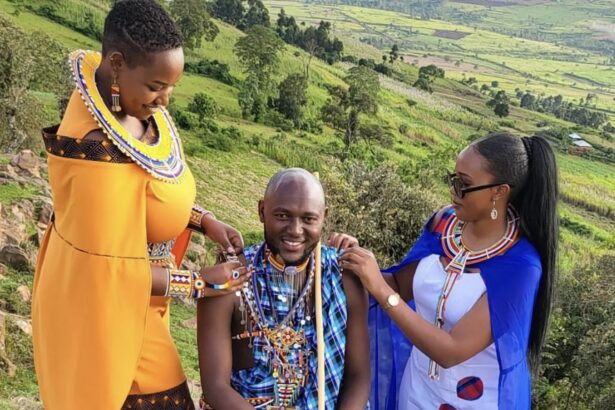 Stephen Letoo, a top political journalist for Citizen TV has received backlash after publishing pictures of himself hanging out with two women.

They were captured in photographs enjoying themselves on the hills while dressed in Maasai clothes.

Letoo, who has always supported polygamy, posted the image to his Instagram account along with the caption, “With my greatest pals Sasha and Lucky.”

Letoo has consistently supported polygamous unions. The journalist and his baby’s mama, Winnie Nadupoi, split in 2021.

Reports of their breakup were triggered after Letoo flew to Mombasa to celebrate his birthday without Winnie and deleted her photos from his Instagram.

Later, the journalist explained that he split up with Nadupoi because she couldn’t handle hearing about their partnership with another lady.

READ ALSO  From a spoilt girl to a charity case: 'This is why I have dedicated my life to helping the needy'
Related Topics:NewsStephen LetooWinnie Nadupoi
Up Next