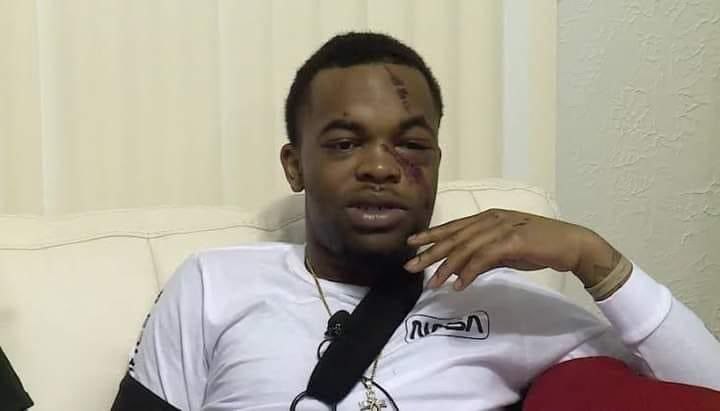 Pastor Joshua Mwangi who is a minister in a church at Kilimani Nairobi Kenya is nursing injuries after receiving a good beating last Sunday during a service after reportedly impregnating a woman in his church and denying responsibility.

A source close to KSN Media has revealed how the drama was uncovered last Sunday amidst a hard-hitting sermon on embracing righteousness until you enter the kingdom of heaven.

Suddenly, three men boldly approached the altar and seemed to have a brief conversation with the pastor in low tones which broke out to a heated argument exchanging bitter unprintable epithets at the pulpit.

“If you mean you are not responsible of the pregnancy, accompany us for a DNA test. It’s unfair to leave this young woman with no choice than nurse the pregnancy alone,” they said in agony.

The puzzled congregation murmuring at the scene undecided on what to do called for police intervention which was a late taken action as the pastor received several blows before guys left and promising to be coming every Sunday until a DNA test was done.

Mwangi has refused DNA test severally, saying he is being accused of witch hunt aiming at blocking his ministry for God’s service.

The men who are believed to be brothers to the 6 months expectant woman matched out of the church with the lady behind.

Gone Too Soon: Promotion To Glory For Jessica Muhonja Mayodi Of Leesburg, Florida