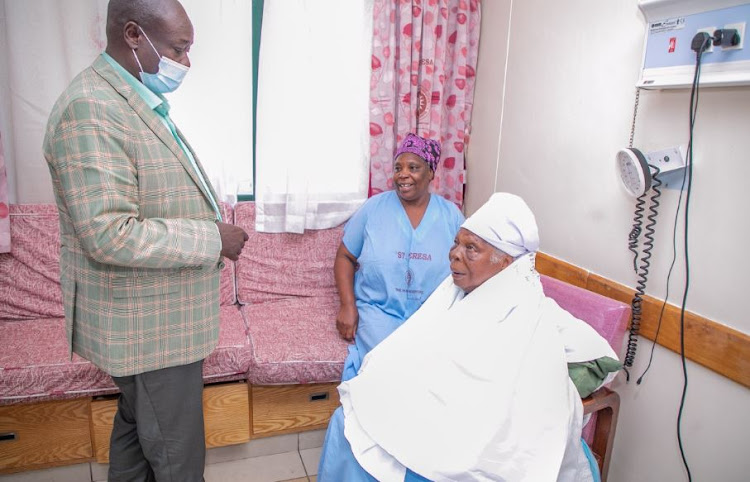 Mama Mukami Kimathi, a Freedom Fighter’s Dedan Kimathi’s widow, is now able to return home thanks to President William Ruto and Rigathi Gachagua, who paid a 1.3 million medical bill that was due.

Deputy Rigathi Gachagua paid a visit to Mukami in her hospital ward with his wife.

She was brought into the facility on January 5, 2023, with pneumonia and age-related issues. On January 12, 2023, she was treated and released.

Deputy President Riggy G paid her a visit at the hospital on Sunday night after traveling to Nairobi with the president for a two-day working tour from Nyanza. He was accompanied by a few Mount Kenya MPs.

“Thank you, President William Ruto, for coming through for Mukami Kimathi and her family. You are a true and genuine friend of our people. Be blessed abundantly. Always,” Gachagua tweeted.

“We have cleared the bill and wish her complete recovery. We were not aware of her predicament as me and the president have been on a western Kenya tour and this was only brought to our attention yesterday,” Gachagua said at the hospital.