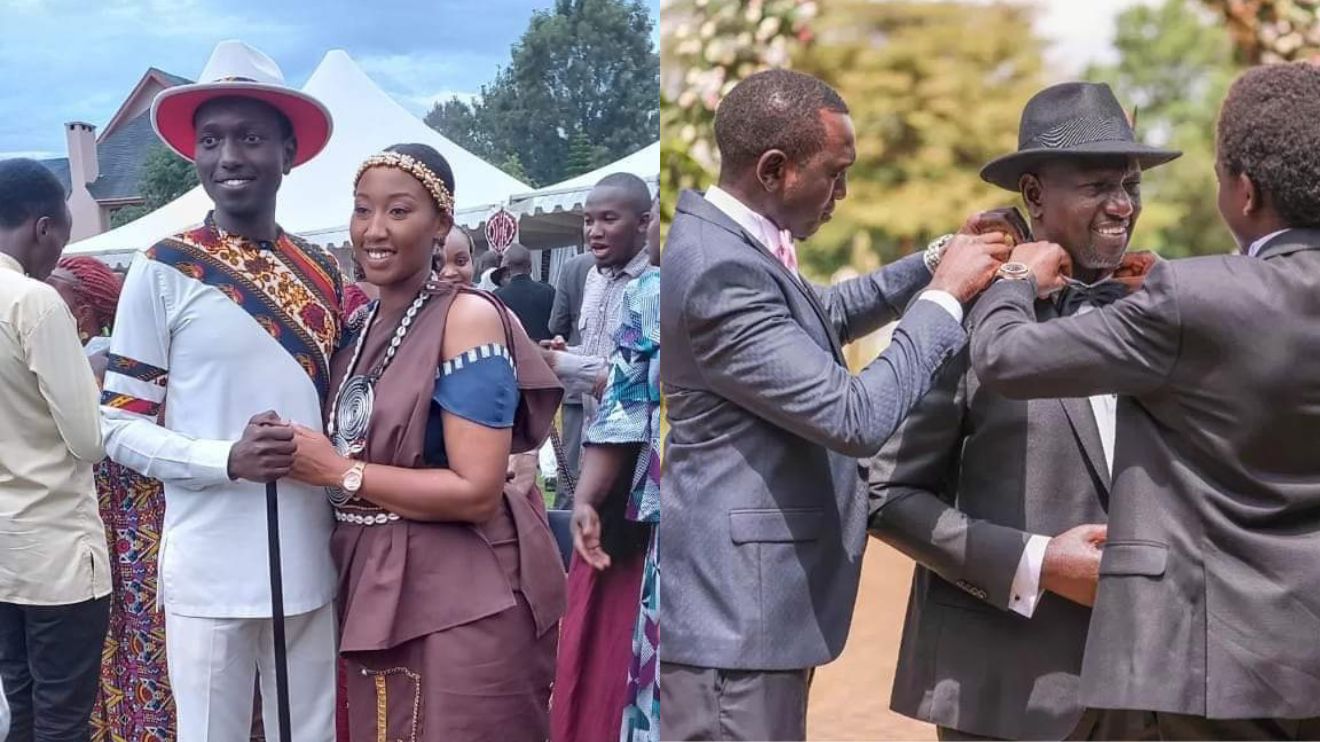 President William Ruto and his wife Rachel Ruto, have been made grandparents, following the birth of his wife, Evelyn Chemutai, and their first child, Nick Ruto.

In Nanyuki Stadium on Sunday, the happy grandfather announced the good news during an interdenominational church service.

(Last year, we came here to pay dowry, and I now want to thank the people of Laikipia, who gave my son a wife, because we have been blessed with a grandchild) President Ruto said.

“Perhaps my being early here has to do with that! So thank you to the people of Laikipia for giving be a daughter-in-law. Our family is growing,” he added.

During a four-day retreat in Laikipia, the President and other government representatives strategized how to carry out his goal for the nation.

In January 2021, Nick, a lawyer by trade, and Chemtai had their koito ceremony, a Kalenjin wedding custom that included haggling over the bride’s dowry.

READ ALSO  Not a drama queen, but a professional DCI is what we want - DP Gachagua
Related Topics:NewsNick Ruto
Up Next

List: The best and worst passports to hold in 2023