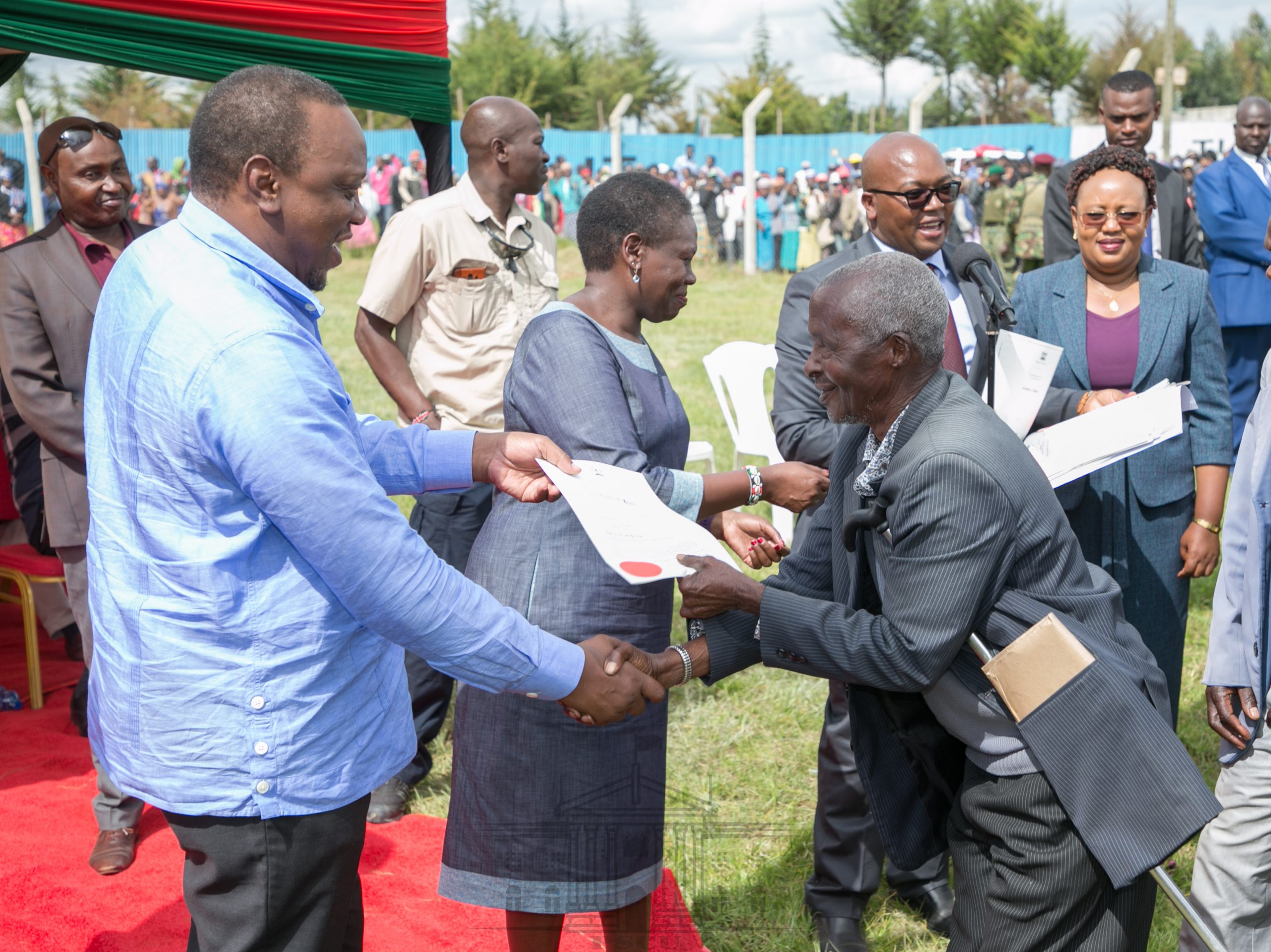 The President noted that the title documents were a difficulty for some men while handing out titles deeds to Kenyans at the Kenyatta International Convention Centre (KICC).

The Head of State said that after receiving their title papers, some men abandoned their families and went in search of other women.

He advised the married men to alter their behavior and recognize that the title deed belonged to their families as much as themselves.

Title deeds should be protected, according to President Kenyatta, so that their descendants might benefit as well too.

The President spoke as he commenced issuing title deeds to landowners around the country.