Presidential debate still on despite Raila Odinga's threats to skip 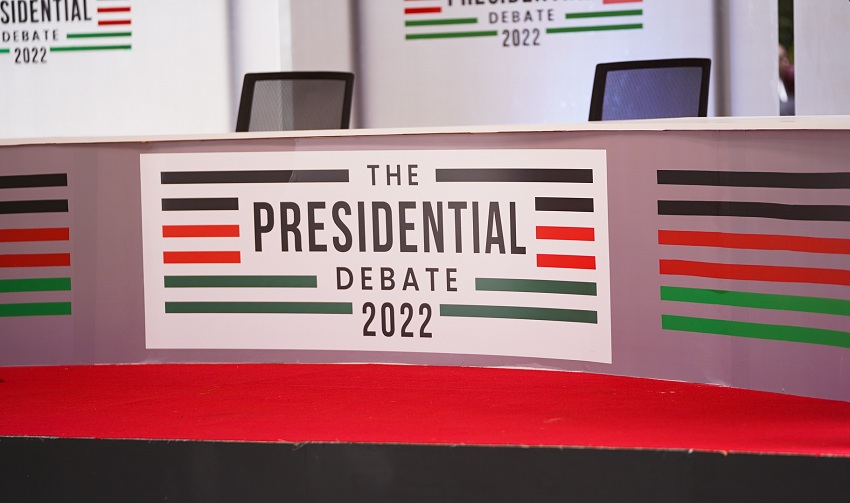 In spite of Raila Odinga’s decision to back out of the presidential debate, it will still take place on Tuesday, July 26.

According to Clifford Machoka, the head of the presidential debate team, the debate will take place at the main campus of the Catholic University of Eastern Africa in Karen from 4 pm to 10 pm.

“The Kenya Presidential Debates Secretariat 2022 has taken note of the positions taken by the Kenya Kwanza and the Azimio la Umoja One Kenya Coalition party regarding their participation in the 2022 presidential debate,” Mr Machoka said in a statement on Sunday.

The team had shared the topic areas with all of the candidates in accordance with the rules for the presidential debate, and the moderators would try to cover them.

The rules provide that moderators should wait to meet with candidates or representatives of their campaigns after the debate has concluded.

“Once again, we wish to reiterate our commitment to delivering a debate founded on the principles of fairness, integrity, independence and accountability as enshrined in the presidential debates guidelines,” the statement read.

The announcement was made just a day after Mr. Odinga’s campaign staff announced that he would not take part in the debate.

Mr. Odinga stated that a debate with DP Ruto “is not a good idea” in a statement sent by his campaign secretariat.

“Our main opponent has proven over the course of his career he will do and say anything in his ungovernable greed for power. Today, as his campaign flails and supporters abandon him, he has become more desperate,” read the statement.

READ ALSO  Despite the success, I fought depression for 5 years: Maqbul Mohammed’s story
Related Topics:August General ElectionNewsPresidential debate
Up Next

We Fuel Cars Ourselves in USA