PRIME Kenyan soldier in US working on Elon’s SpaceX 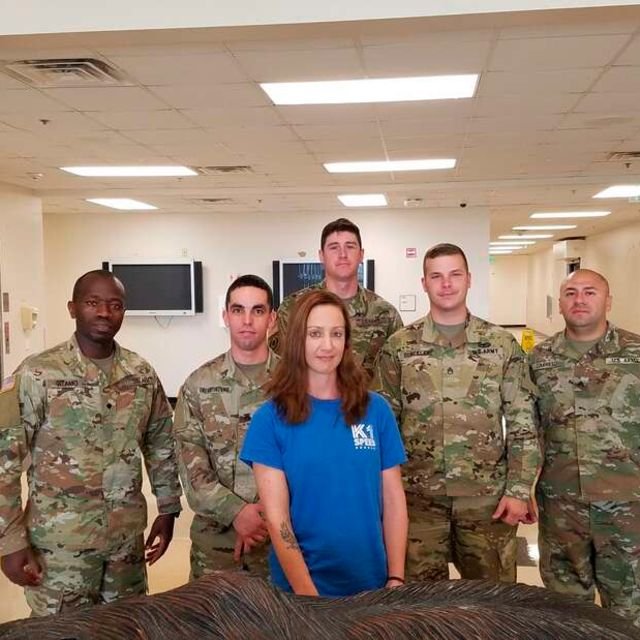 Since his story broke out in the US Army Journal last month, Kenyans living in the US have been marvelling at what Dr Immanuel Gitamo, a Kenyan soldier in the US army, has managed to achieve in the world’s biggest and most sophisticated army in such a short period of time.

To many, this is a typical from rags-to-riches story that aptly captures the essence of the common belief that, in America, everything is possible. To them, Dr Gitamo has in effect, realised the American Dream.

But, what would also surprise many is the fact that, apart from being the first black (man) in the US Military to attain PhD in Astrophysics, he is also a central figure in the Falcon 9 project manufactured and designed by SpaceX, a two stage reusable rocket. The main mission for Falcon 9 is transportation of payloads and astronauts beyond the earth orbit. What distinguishes Falcon 9 from other rockets is the ability of it being reused.

“My job was to verify all standard requirements are met” Gitamo said in a recent interview with the Saturday Nation. This fits well in his field of study which is astrophysics.

According a Kenyan California based researcher, Mukurima Muriuki, who also had an interview with this Kenyan that has been trending in social media since his story was published in the Army Journal and widely distributed, only about 1.2 per cent of the US population has a PhD which is slightly less than the entire two  per cent of the world’s population of PhDs.

“Given those statistics, it seems miraculous that a Kenyan would earn his place with the two per cent especially, since his parents struggled financially and couldn’t afford to send him to school in Nairobi. Not only did he eventually graduate from secondary school, he also went on to receive a BS, an MS, and a PhD at the California Institute of Technology (CIT) and to join the US military,” Muriuki observes in a recent article in his weekly Magazine, AWMagazine.

Many readers would attribute Dr Gitamo’s achievements to hard work and a little bit of luck and they’d be right. But, Dr Gitamo himself believes his whole life’s journey has been filled with miracles, both small and big that have become his living testimony. He said he wanted to share his story with the world and especially Kenyans because there were some lessons in it for young black Kenyan and indeed, African immigrant teenagers growing up in the US.

“I want to echo sister Lupita Nyong’o’s assertion that, in America, every dream is valid. America is still the land of opportunity and opportunities and breaks are everywhere. You just have to open your eyes and see and then embrace the American promise. But it’s important for us to stress the reality that for most of our youth growing up in America, their best chance to realise the American Dream is through books and school,” he said.

Dr Gitamo added that he wants the youth to know that it matters little where one is born and under what circumstances. In the end, it’s taking advantage of God’s grace and the little opportunities that life throws our way from time to time. He says that through prayer and hard work, anyone from anywhere in the world can achieve their dreams. At this time, he is the only soldier in the US military to receive a PhD in Astrophysics.

When Dr Gitamo spoke to Sunday Nation recently, he was reluctant to delve into his past because in part “It’s too bitter and sad to remember” but mostly because apparently, his candid interview in the Army Journal didn’t sit well with the parents who raised him. He disclosed that the interview had created a backlash from Kenya. He, however, agreed that it was tough growing up in Kenya before he relocated to the US.

“My biological parents abandoned me and my brother when we were very young and so I don’t even know who they are,” he said.

So he grew up with his brother as an orphan mostly in Kitale, Kenya.

“Me and my brother were found abandoned by the roadside by our biological parents and therefore, I don’t know my real father and mother.”

Dr Gitamo says that a couple eventually found him and his brother, adopted them and took the responsibility of raising them. His adopted parents struggled to feed and educate them because they were not well-off financially. He told the Army Journal that he didn’t even own a pair of shoes until he was 14-years-old.

Fortunately for him, the teachers at the local school understood his circumstances and allowed him to attend classes free of charge.

Dr Gitamo describes this as a miracle, and in order to show his appreciation, he volunteered to help with chores at the school.

“I learned earlier on that to succeed at anything, you have to have faith in God but also work hard. If it’s studying, you have to keep reading long after the lights have been turned off and everybody has gone to bed. I did this and can honestly say so far, I have achieved what many people have only dreamed of,” he said.

After finishing fourth form in 2006, Dr. Gitamo received a green card and migrated to the US to complete his schooling. He completed his Bachelor of Science in aeronautics and astronautics engineering and his Master of Science in nuclear physics at the California Institute of Technology, one of the top five universities in the world. According to Dr Muriuki, CIT admits less than two per cent of those who apply.

Dr Gitamo defines aerospace science as having two engineering disciplines. The first one is aeronautics which focuses on the aircrafts that stay within the earth’s atmosphere. The second is astronautical studies which focuses on anything that operates outside of our earth’s atmosphere. Therefore, his degree covers research, design, science and the technology related to aircraft construction and testing.

“This is how I came to be part of the Spacex project Falcon 9 which has been launched 107 times with 67 landing and 50 times having reflown rockets. 2027 SpaceX is a complete mission which we are still planning. It is meant to go to Mars,” he said.

It’s through this project that Dr Gitamo was able to meet one of the people he admires a lot in the world who also happens to be African, Elon Musk, the brains behind the SpaceX project.

Reflecting on Musk’s and his own experiences, Dr Gitamo says young Africans should know that achieving higher goals involves hard work and focus.

“Right now, I’m mentoring young Kenyans in Seattle who are about to choose their careers and I’ve seen frustrations in their eyes because they are confused about what career path they should follow. It’s important that we make time to walk them through this process, he said, adding, in Kenya, I’m engaged in donating what small things I have to schools and churches. I’m also helping several students in Kenya with school fees but I have big plans coming up soon on how I will be giving back to the community”

Dr Gitamo loves his career path but, he cautions the youth that it wasn’t easy for him.

“I went through the normal application process and worked hard. Achieving a PhD wasn’t an easy task. It required discipline and consistency. After much prayer, I was given the green light, and here I am with a PhD in Astrophysics,” he said.

Dr Gitamo can talk the whole day about his understanding of Astrophysics. He says it is a branch of space science that applies physics and chemistry laws to explain the birth, life, and death of stars, planets, galaxies, nebulae and other objects in the universe.

“As Astrophysicists, we seek to understand the universe and our place in it while creating physical theories of small to medium-size structures in the universe. The love of space is what inspired me,” he said.

Dr Gitamo chose to join the US Air Force reserves so he could receive military benefits which would pay for his schooling, obtain a VA home loan, and garner the experience he would need in order to write his dissertation on electric propellants. He wanted hands-on experience since all he had was theory.

He found that only in the US Army can one obtain knowledge of solid propellant use, therefore, he signed up. His only challenge in joining the US military was that he had been given a TB vaccine in Africa, and when he was tested in the US, it showed up as positive. Apart from the vaccine issue, joining the US military was a smooth process for him.

In 2019, Dr Gitamo completed his PhD in astrophysics and is now working on another PhD in atomic physics.

With only a few months left in the army, he now looks to pursue a career in space. His passion for the subject can be observed in the multiple research papers he has either written or contributed to on various topics including propulsion, classical and quantum-mechanical turbulence and even leadership.

“From Earth if you wanted to travel to Mars, it would take two and a half years, but if you use electric propulsion it will take 28 days,” Dr Gitamo said.

Electric propulsion, his preferred method of going to space, comes with a few obstacles. It is not a method currently used for launches from the Earth’s surface, as the thrust for such systems is too weak.

He wants to change that. He believes in its cost efficiency as well as its positive impact on the environment. He also wants to see space travel made more accessible.

“Space is for the benefit of every common man,” Dr Gitamo said. “So many things we do now involve space. We use satellites for communication and to monitor and track things, but have we really looked at it? What are all the benefits we can get from space? Everything I do when it comes to electric propulsion, I am thinking about that person down there”.

Like many Kenyans, Dr Gitamo is a dreamer of big dreams who puts forth the effort it takes to achieve those dreams. To date, he has attained many of them. Some would say he has reached for the stars, and in his case, he has literally done just that!

By Chris Wamalwa for Nation.africa

Vera Sidika: I had sex in hospital