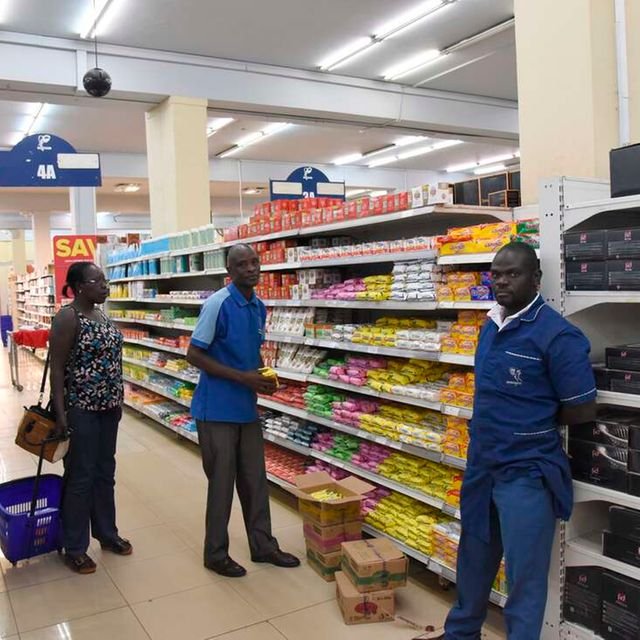 When Nakumatt administrator Peter Obondo Kahi sold the last six branches to Naivas for Sh422 million, most assumed the elephant had reached the end of the road.

They were wrong. A Nakumatt branch has been secretly operating above Naivas Prestige Plaza branch, selling goods at steep discounts.

The Prestige Plaza space is one of the six outlets that Naivas acquired from Nakumatt.

Interestingly, valuers had placed the cost of the six outlets, their furniture and fittings at Sh110.5 million, meaning Naivas paid more than four times the actual price.

The bid for Chandarana, the only other retailer that was eyeing the six branches, was Sh246 million.

The six branches were Prestige Plaza, Lavington Curve, Highridge and Mega – all in Nairobi, and the Nakuru and Kisumu ones.

Unknown to many, Nakumatt retained a small store on the first floor directly above Naivas at Prestige Plaza.

In Nakumatt’s books of accounts filed in court by Mr Kahi, the store is not listed among the assets still being operated by the once giant retailer.

Mr Kahi has asked the court to extend his term as administrator to allow him to pursue court cases that could earn Nakumatt some millions of shillings that can be used to lower its debt.

When the Nation first asked Mr Kahi about the Prestige Plaza store, he said the only space Nakumatt occupied at the building was sold to Naivas Supermarkets.

But he later said Nakumatt has been renting space at Prestige Plaza for administrative work only, following the retailer’s eviction from its Mombasa Road headquarters.

The headquarters was auctioned to settle loans.

The Nation informed Mr Kahi of a functioning Nakumatt store but he talked of old stock from dead branches that is being cleared through sales at Prestige Plaza.

We, however, established that items like face masks manufactured last month are also in stock, a sign that they must have been bought before being put on the shelves.

Mr Kahi denied signing any cheques to bring in new stock, after the Nation informed him of our purchase that included a box of masks manufactured on February 9.

The administrator said he would investigate the matter.

Some items being sold at the store have discounts of up to 90 per cent.

A receipt obtained from the retailer indicates that it is under administration, which means it is being managed by Mr Kahi, who was tasked with liquidating Nakumatt’s business and settling creditors’ dues.

“We are not trading. We moved there because the head office was auctioned by banks. It is only office space. There is no new stock. Any stock on sale is from the old branches,” Mr Kahi told the Nation team.

However, our investigations show there could be more than administrative and paper work at Prestige Plaza.

One would not easily recognise Nakumatt’s presence at the store, but some items on the walls and shelves give away the fallen retail giant.

Two portraits stick out at the entrance – one of President Uhuru Kenyatta and the other of Nakumatt founder Atul Shah.

Saunter past the portraits and you encounter T-shirts and overalls branded with Nakumatt’s iconic blue elephant logo on sale.

When Nakumatt was still East and Central Africa’s biggest retailer, overalls branded with its logo sold for Sh2,500 apiece. The new pieces now retail at Sh1,000 each.

Across the store are Nakumatt-branded shopping baskets, perhaps the few that survived numerous auctioneer raids between 2017 and 2018.

As we walked deeper into the store, two men were carrying in a six-seater leather sofa set.

“This one is going for Sh85,000. It is on discount and is leather of very good quality. Things are moving quick so you better hurry if you’re interested,” one of the attendants said as we took ambled around the store.

Some of the discounts are a fitting description of how hard and painful the retailer fell.

Wooden cabinets that once retailed at Sh24,000 apiece are now going for half the price.

In the toys section, masks that formed part of an envious merchandise batch from popular movie maker Marvel are selling at Sh600. In Nakumatt’s prime time, every such mask sold for Sh3,850.

The store does not sell fast moving consumer goods like milk, bread and cooking oil.

The number of items that were being brought into the store during the spotcheck by the Nation indicated there could be a lot more stock holed up in warehouses previously owned by the supermarket chain, and which may find its way onto the shelves.

But the fact that personal protective equipment like face masks and shields are on offer at the store are a sign that whoever is running it has invested in stock recently.

Nakumatt officially went out of business in January last year, more than two months before Kenya recorded her coronavirus infection.

The ordinary three-ply face shields, KN95 masks and other personal protective equipment are on discount at the store.

We bought a box of Naxsafe face masks that were made on February 9, 2021 and which was retailing at Sh295. The cashier issued us with a Nakumatt receipt.

While the document is branded, as the old Nakumatt receipts were, it indicates that the store could be under a company owned by Mr Shah.

The receipt is issued by Parkview Shopping Arcade Ltd, one of the companies the UBA Bank is pursuing over a Sh119 million debt.

Once-vibrant towns fall silent in the wake of Covid