PRIME 'People treated me like a dog': Recovering addict reflects on decades of drug use 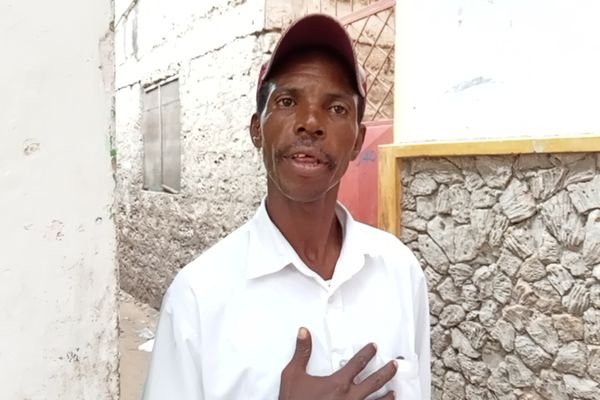 “Living life as an addict is not only painful, but also lonely and irresponsible. Every time I remember the more than 25 years I lived as a hard drugs user; I cry. People used to treat me like a dog.”

These are the words of Haroun Abdallah Ali, a recovering addict at Kashmir village on Lamu Island. It’s six years since he used drugs.

The 48-year-old says he started taking heroin at 16.

Born in a poor family, the first-born in a family of four says the stresses of life pushed him into taking drugs.

“I started consuming heroin in 1989. I used to steal anything that I came across, whether at home or at the neighbours’ to sell and buy heroin.”

He says his family unsuccessfully tried to save him by taking him to rehabilitation centres outside Lamu. Eventually, he says, his parents gave up.

Indulging in drugs is expensive, says Haroun, and he turned to crime for money.

For years, he lived on the streets, especially after he was thrown out of home by his family and rejected by the community. He had no permanent abode and mostly spent his nights in discarded and unused boats parked on the Lamu seafront.

Personally, there is nothing I haven’t seen or done because of drugs.

“I used to be mistreated and shoved aside even by my own family and friends. People didn’t want to see me close to them. They used to think I wanted to steal or harm them. So they shut their doors when they saw me near their compounds,” he says.

READ ALSO  How much Jalang’o plans to spend on campaigns

It is not easy knowing that you are unwanted, and because of that, he tried to stop using drugs several times but failed.

“I remember in 2006, I tried to quit heroin, but after some months, I went back to the same miserable lifestyle. I was undecided still. I became worse. I was hostile. I would attack people on streets and snatch their items to sell and buy drugs,” says Haroun.

But the year 2015 is one that Haroun will remember forever. That was when something happened that marked a turning point.

“My close friend died, just a few minutes after we shared a needle to inject heroin. The incident affected me psychologically. I started feeling bored and tired with the lifestyle of drugs. It’s a life of vanity. I decided to give my life a second chance. I quit,” Haroun says.

He admits that overcoming addiction was not easy. He had to make hard decisions, such as the kind of friends to have.

He stopped going to the places he previously frequented.

“I knew right from the beginning that if I don’t create a new life, then all the factors that brought me to my addiction would easily catch up with me again,” he says.

He singles out friends who were supportive after he quit drugs: “I respect Mohamed Swadiq. I consider him my teacher and mentor. I also won’t forget Mohamed Shosi. Through their support and guidance, I am here as a reformed addict. For the last six years, I haven’t abused heroin or any other drug.”

After quitting drugs, he got married and is now a father of one.

READ ALSO  Kituyi: It wasn’t me

Haroun works as a boat operator but challenges the government to provide special employment for those overcoming drug addiction so that they can remain focused in life.

“I am married. I have a child. My wife is also pregnant. I work as a boat operator. The job earns me very little. I can’t sustain my family with the little cash. The government should do something for people like me,” he says.

And his message to those still hooked on drugs? Overcoming drugs is a choice. And recovery is something one has to work on every single day.

“A drug addict doesn’t get a day off. It’s hard for an addict to just wake up and quit. People will advise you to stop consuming drugs. They will even enrol you in rehabilitation centres, but if you haven’t made that choice, the efforts will be fruitless. You have to decide for yourself and everything will be possible,” he concludes.

As for Khadija Shebwana, a drug user in Lamu, she feels society discriminates against addicts instead of helping. Khadija, who admits to being an addict for over 10 years, says it is unfortunate that the community has shunned drug users.

Many addicts are willing to go into rehabilitation and quit drugs if someone leads them down that path, she says.

“Personally, my story is on of ‘been there done it all’. There is nothing I haven’t done in this world of drugs. There’s nothing new for me to explore as far as drugs are concerned. I want to be sober again. I am more than willing to reform and live a better life, if only someone comes forward to hold my hand,” pleads Khadija.