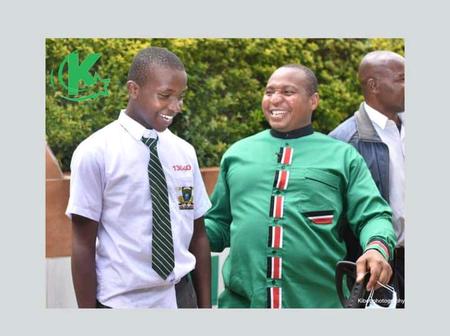 Investigations into Nominated MP David Sankok’s teen son’s “suicide” have focused in on determining the specific pistol used, after it was revealed that the legislator owns two guns, not one, as originally thought.

Following anomalies in the family’s original account, officers went to the MP’s residence in Narok last evening to record another statement from him. Ten people have made statements.

Specialists at the Directorate of Criminal Investigations (DCI) Forensic Lab were still attempting to find out whether Memusi Sankok was killed with a handgun or a shotgun on Monday.

However, investigations have revealed a lot of discrepancies, prompting them to contemplate conducting additional set of questioning.

The fact that the officers who responded to the incident did not recover any spent cartridges from the site has muddled matters. According to reports, the Kericho High School student shot himself in his parents’ bedroom.

After a shot is fired, a shotgun, like all guns, discharges a spent cartridge. Questions have been raised about whether the scene was cleaned or tampered with because police did not recover a cartridge from the room.

According to the elder sister, Ms Rosemary Sankok 21, they had only been gone for 10 minutes before returning home, and Memusi was the only one home at the time.

Our People are Languishing in Poverty, Mandera Senator Candidate Adan Cries Out